Electricity is one of the most dominant sources of energy in modern society. Generators are mechanical devices that convert other forms of energy into electrical energy, and there are huge differences between alternators and DC generators, despite their similar names. These two types of generators provide completely different results. They both provide current, but the final current is different in the way they move, their mechanisms, their design and their use. Here, ATO will explain the differences between AC generators and DC generators.

What is AC Generator?

An alternator current generator is a generator that converts mechanical energy into alternating current electrical energy. It is a generator designed to produce alternating current at a frequency of 50 or 60 Hz. The current induced in the armature is supplied to the circuit through the slip ring. Slip rings are two separate conductive rings connected to each terminal of the armature. These rings power the circuit through sliding contacts called brushes. The ring always rotates with the armature when the brushes remain stationary. 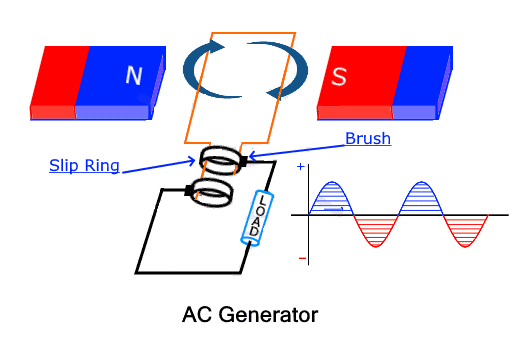 What is DC Generator?

DC generator is also a generator that converts mechanical energy into DC electrical energy. It is also called a generator. It produces pulsating direct current that does not change direction. The induced current in the rotating armature conductors is alternating in nature and is converted to direct current using an open loop commutator. The commutator supplies current from the rotating armature to the stationary circuit while maintaining the direction of the supplied current. 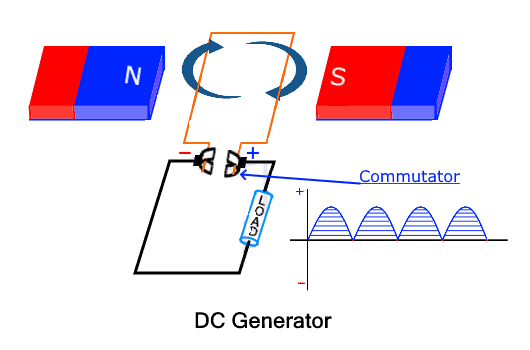 Differences in use and maintenance

The comparison between AC and DC generators concluded that AC generators are more durable, more reliable and simpler in design than DC generators. However, DC has no frequency, so the speed of the prime mover doesn't affect it, but it does require frequent maintenance, which adds to its overall cost.