How Does a Wind Turbine Generate Electricity?

A wind turbine is a device that converts the kinetic energy of wind energy into electrical energy. Thousands of large turbines grouped together, known as wind farms, now generate more than 650 gigawatts of electricity. They are an increasingly important source of intermittent renewable energy used in many countries to reduce energy costs and reduce reliance on fossil fuels.

Today, wind turbines are common in many countries and regions around the world, but have you ever wondered how wind turbines generate electricity? Next, we will help you understand how they convert wind energy into electricity. 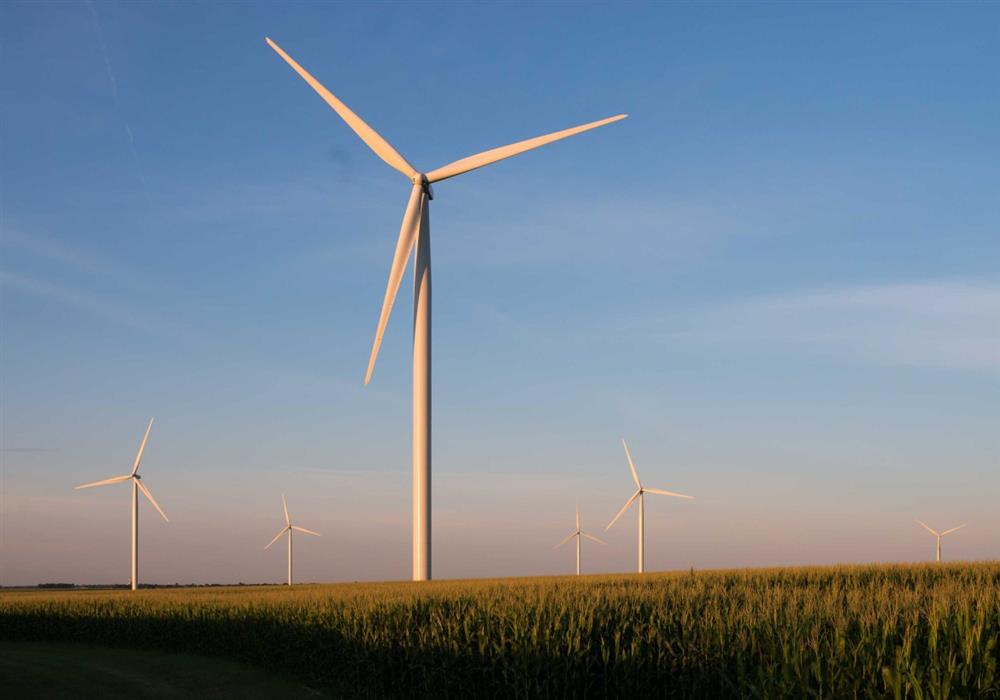 Wind turbines are manufactured in a wide range of vertical and horizontal axes. The smallest wind turbines are used for applications such as charging batteries that assist in powering boats or caravans or powering traffic warning signs. Larger turbines can be used to contribute to powering homes. Compared with photovoltaic, hydro, geothermal, coal and natural gas, wind has the lowest relative greenhouse gas emissions and the lowest water needs.

This process is initiated by turbine blades / rotors. As the wind blows, the aerodynamic blades begin to rotate. As the blades of a wind turbine rotate, the kinetic energy of that motion is transferred to the interior of the turbine by means of a low-speed shaft that rotates at approximately 30 to 60 rpm.

The low speed shaft is connected to the gearbox, which is a transmission device responsible for increasing the speed of rotation from about 30 rpm to 60 rpm, the speed required by the generator (usually between 1000 and 1800 rpm). The high speed shaft transfers kinetic energy from the gearbox to the generator, which then turns to produce electricity. ATO automation provides wind turbine with different power.

Finally, the electricity produced will be fed down from the turbine tower via high voltage cables, which will usually be fed into the grid or used as a local power source.