How to Drive a Brushed DC Motor?

When the brushed DC motor is working, the coil and the commutator rotate, but the magnetic steel and the carbon brush do not rotate. The alternating change of the current direction of the coil is accomplished by the commutator and the carbon brush that rotate with the motor. Compared with brushless motors, brushed motors have fewer wires, just one positive and one negative wire. If the BDC motor needs to be reversed, just switch the position of the two wires and it will be done. In the electric vehicle industry, brushed DC motors are divided into high-speed brushed motors and low-speed brushed motors.

Using an H-Bridge Circuit to Drive a Brushed DC Motor

A brushed DC motor has two power terminals, and the motor is driven by applying a voltage across these two terminals. The two terminals have the following four connection combinations: 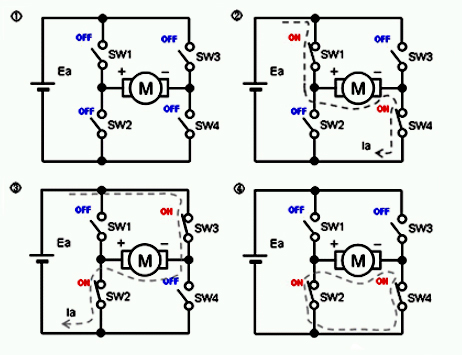 These four states can be achieved by thefollowing circuit using four switches. Because this circuit is shaped like the letter "H", it is called an "H-bridge circuit" (also known as "full-bridge circuit").

The circuit for changing the connection of the brushed DC motor 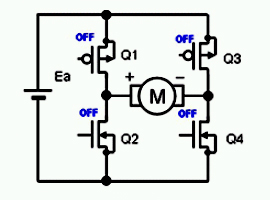 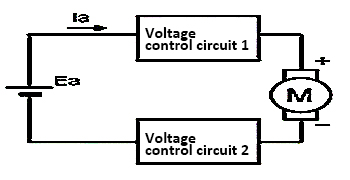