Many industries, such as petrochemical, electrical power, electronics, aerospace, metallurgy, textile and so on, have higher and higher requirements for humidity measurement. It is often necessary to quickly and accurately measure the amount of micro water in samples (such as ethylene, propylene and other production materials) in certain situations (such as on-site or laboratory). This plays a very important role in the safe operation of the device and laboratory. The dew point can be simply understood as the temperature at which the water vapor content in the gas reaches the saturated state. It is one of the ways to express the absolute humidity of the gas. In addition, the international measurement of the micro water or gas dew point in the gas, especially the expression of the water content in gas, is gradually unified to the dew temperature. Dew point meter is an instrument that can directly measure the dew point temperature. Its application is becoming more and more extensive, and maintenance and repair are becoming increasingly important. 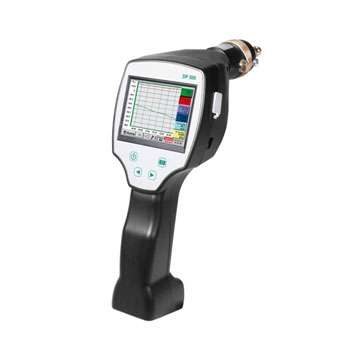 The principle of the dew point meter is to cool a mirror in the sample's wet air until the moment when dew drops (or ice crystals) appear on the mirror, and then measure the average temperature of the mirror, which is the dew point (frost) temperature. Its humidity measurement accuracy is high, but it needs a very smooth mirror surface, a highly accurate temperature control system, and a highly sensitive optical detection system for dew drops (ice crystals). During use, the pipe that sucks in the sample air must be kept clean, otherwise the impurities in the pipe will absorb or release moisture, causing measurement errors. Here are 3 key point for measuring dew point:

Mirror contamination is a prominent problem in dew point meter. Its impact is mainly manifested in two aspects. One is the Raoul effect, and the other is changing the level of specular background radiation. The Raoul effect is caused by water-soluble substances. If this substance (usually soluble salts) is carried in the measured gas, dew condensation will occur on the mirror surface in advance, which will cause a positive deviation in the measurement result. If the pollutants are water-insoluble particles, such as dust and so on, the background scattering level will be increased, and the photoelectric dew point meter will have zero drift. In addition, it is needless to say that the vapour of some easily condensable substances (such as organic matter) having a boiling point lower than water will interfere with the measurement of the dew point. Therefore, for any type of dewpoint meter, measures should be taken to prevent contamination of the mirror surface. Generally speaking, the impact of industrial process gas analysis pollution is more serious. However, even in the measurement of pure gas, the pollution of the mirror surface will accumulate over time.

In the design of the dew point meter, it is required to focus on the various factors that directly affect the heat and mass exchange during the dew condensation process. This principle also applies to the selection of operating conditions for dew point instruments with not high automation.Here, mainly the problem of mirror cooling rate and sample gas velocity are discussed.

2. In the dew point measurement, the control of the cooling rate of the mirror surface is an important issue. For automatic photoelectric dew point meter, it is determined by design, while for manual dew point meter, it is a problem in operation. Because the cooling point and temperature measurement point of the cold source, and the heat conduction between it and the mirror have a process and there is a certain temperature gradient. Therefore, thermal inertia will affect the process and speed of condensation (frost), which will cause errors in the measurement results. This situation varies depending on the temperature measuring element used. For example, due to the structural relationship, the temperature gradient between the measurement point of the platinum resistance temperature sensing element and the mirror surface is relatively large, and the heat conduction speed is also slow, so that temperature measurement and dew condensation cannot be performed simultaneously, and the thickness of the exposed layer cannot be controlled. This will produce a negative error for visual inspection.

3. Another problem is that too fast cooling may cause "overcooling". Under certain conditions, when the water vapor reaches a saturated state, the liquid phase still does not appear, or when the temperature is below zero, the water still does not freeze. This phenomenon is called supersaturation or "overcooling". For the condensation process, this phenomenon is often caused by the lack of a sufficient number of condensation cores due to the very clean gas and mirror surface being measured. The overcooling phenomenon is transitory, and the total time is related to the dew point or frost point temperature. This phenomenon can be observed through a microscope. One solution is to repeat the operation of heating and cooling the mirror until this phenomenon is eliminated. Another solution is to directly use the water vapor pressure data of the overcooled water. In addition, this is exactly consistent with the definition of relative humidity when the temperature of the meteorological system is below zero.

If there are any problems during the operation of the dew point meter, the following tests can be performed: first of all, turn off the instrument switch and check whether the instrument reading pointer is completely at zero; if not, adjust the instrument to return the reading to zero; secondly, turn the instrument switch to the battery inspection gear position to check whether the battery pack is in good condition (replace the battery if it does not work); and then turn the corresponding buttons to the reading gear; afterwards, adjust the automatic calibration control system to make the reading in full range, disconnect the short circuit, the reading shall return to the most left position of the range, if not, it means that the instrument needs professional maintenance. As mentioned earlier, because the dew point meter is mostly used in oil, gas and other environments, the probe is extremely susceptible to environmental pollution (such as hydrocarbons such as oil and gas). It is recommended to soak the dew point meter in n-ethane for about 10 minutes, then soak it in distilled water for about 10 minutes, then dry it in a low temperature oven at 50 ℃, and then carry out ultrasonic cleaning. The capacitance before and after cleaning is basically unchanged. According to the working principle of the dew point meter, attention should be paid to whether the molecular sieve needs to be regenerated or replaced. When the probe enters the molecular sieve to dry, wait about 10 minutes, if the dew point is greater than -70 ℃, the molecular sieve can be considered to be dry; if the dew point is less than -70 ℃, the molecular sieve needs to be regenerated or replaced. When not in use, the sensor is kept dry by a desiccant in the head.