What is a dew point meter?

Gases with different moisture content will condense on the mirror surface at different temperatures. Using photoelectric detection technology, the exposed layer is detected and the temperature when dew condensation is measured, and the dew point is directly displayed. The methods of mirror cooling include semiconductor refrigeration, liquid nitrogen refrigeration and high-pressure air refrigeration. The mirror type dew point meter adopts the direct measurement method. Under the premise of ensuring accurate dew detection, high mirror cooling efficiency and precise measurement of condensation temperature, this kind of dew point meter can be used as a standard dew point meter. 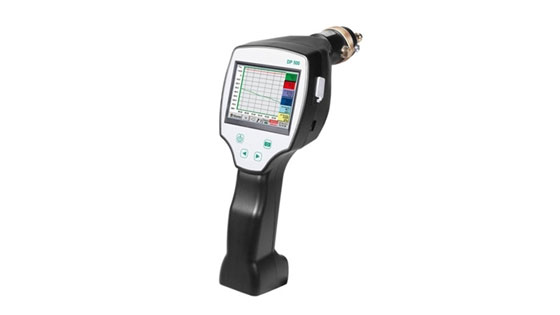 In dew point measurement, mirror contamination is a prominent problem, and its influence is mainly manifested in two aspects: one is the Raoult effect, and the other is to change the background radiation level of the mirror. The Raoult effect is caused by water-soluble substances. If the measured gas carries this substance (usually soluble salts), the mirror will condense in advance, which will cause a positive deviation in the measurement result. If the pollutants are water-insoluble particles, such as dust, etc., it will increase the scattering level of the background, thus causing the zero-point drift of the photoelectric dew point meter. In addition, the vapor of some easily condensable substances (such as organic substances) with a lower boiling point than water will obviously interfere with the measurement of the dew point. Therefore, any type of dew point meter should prevent contamination of the mirror surface. Generally speaking, the impact of industrial process gas analysis pollution is more serious. But even in pure gas measurements the contamination of the mirror surface will accumulate over time.

How to choose measurement conditions?

In the design of the dew point meter, various factors that directly affect the heat and mass exchange in the dew condensation process should be considered. Here we mainly discuss the cooling speed of the mirror surface and the flow rate of the sample gas.

Another problem is that cooling down too quickly can cause "overcooling". We know that under certain conditions, when the water vapor reaches saturation, the liquid phase still does not appear, or the water does not freeze when it is below zero, this phenomenon is called supersaturation or "supercooling". For dew condensation (or frost) processes, this phenomenon is often caused by the gas being measured and the mirror surface being very clean and even lacking a sufficient number of condensation cores. Suomi has found in experiments that if a mirror is highly polished and chemically clean, the dew formation temperature is several degrees lower than the true dew point temperature. The supercooling phenomenon is short-lived, and the total time is related to the dew point or frost point temperature. This phenomenon can be observed with a microscope. One solution is to repeat the operation of heating and cooling the mirror until the phenomenon disappears. Another solution is to directly use the vapor pressure data of supercooled water. And doing so is precisely in line with the definition of relative humidity when the weather system is below zero.