2. What is the role of capacitors in RC coupled amplifier circuits?

The DC signal is isolated, so that the static operating points of adjacent amplifier circuits are independent of each other and do not affect each other.

In the basic amplifier circuit, the coupling capacitor depends on the frequency. When the frequency is high, the electrodeless capacitor is required. Its biggest use is that it can pass alternating current and cut off direct current, and is widely used in high-frequency alternating current paths, bypasses, resonance circuits and other circuits, which are simply understood as high-frequency paths. 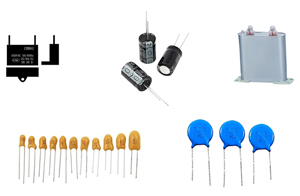 When the frequency is low, the capacitive reactance of the electrodeless capacitor is relatively increased due to the low capacity, so it is necessary to use a polar electrolytic capacitor. Since the electrolyte is added inside, the capacity can be made large, allowing the low-frequency alternating current to pass through. Cut off direct current. However, due to the organic medium between the internal two poles, the withstand voltage is limited, and it is mostly used in circuits such as low-frequency AC paths, filtering, decoupling, and bypassing, which are simply understood as low-frequency paths.

4. What is the role of the coupling capacitor?

In the amplifying circuit, the high-frequency AC signal can pass through the circuit smoothly and be amplified step by step by using the coupling capacitor to block AC and DC, while the DC quantity is blocked inside each stage.

5. In a circuit powered by a battery, why does the capacitor charge and discharge?

6. How to distinguish between coupling capacitor and bypass capacitor in amplifier circuit?

7. How to choose capacitive coupling for the multi-stage AC amplifier circuit of the op amp?

8. The amplifier circuit adopts direct coupling, and the feedback network is pure resistance network. Why is the circuit only possible to generate high frequency oscillation?

The phase shift of the oscillation originating from the closed loop reaches 180 degrees and the loop gain at this time is greater than zero. Using a pure resistance network as the feedback network will definitely not introduce phase shift, so all the phase shift comes from the open loop of the amplifier. circuit. Using a directly coupled open-loop amplifier, there will be no capacitive element between stages to cause phase shift, so it is the capacitance inside the transistor or MOS tube that can cause the phase shift. These capacitances are fF, the maximum pF level capacitance, The resonant frequency of the circuit formed by these capacitors and the equivalent circuit resistance is quite high. Therefore, the amplifier adopts direct coupling, and the feedback network is a pure resistance network, which can only produce high-frequency oscillation.

10. How does the capacitor realize the functions of charging, discharging, rectifying and filtering?

11. What is the function of the capacitor?

12. How does a capacitor function as a filter in a circuit?

The capacitive reactance of the capacitor changes with the frequency of the alternating current applied at both ends, Z=1/2*3.14*FC, according to which frequency current is filtered out, set different capacitance values. In this way, the unnecessary current can be drawn to the ground, and the filtering is completed. For the current of the required frequency, the capacitor is a channel or the impedance is small. When the alternating current passes through, it is a process of repeated charging and discharging.

13. What is the principle of capacitive decoupling?

If the DC circuit enters the AC signal or the self-excited feedback of the AC amplifier circuit, it will have adverse consequences. In order to prevent the AC component from being coupled and amplified step by step, a capacitor is set between the stages to make it return to the ground.

14. How to distinguish whether a capacitor in an electronic circuit is a filter capacitor or a bypass capacitor?