An induction motor is similar to a poly-phase transformer whose secondary is short circuited. Thus, at normal supply voltage, like in transformers, the initial current taken by the primary is very large for a short while. Unlike in DC motors, large current at starting is due to the absence of back emf. If an induction motor is directly switched on from the supply, it takes 5 to 7 times its full load current and develops a torque which is only 1.5 to 2.5 times the full load torque. This large starting current produces a large voltage drop in the line, which may affect the operation of other devices connected to the same line. Hence, it is not advisable to start induction motors of higher ratings (generally above 25kW) directly from the mains supply.

Various starting methods of induction motors are described below.

This kind of starting mode is the most basic and simplest in the motor starting. The method is characterized by less investment, simple equipment and small quantity. Although the starting time is short, the torque is smaller at starting and the current is large, which is suitable for starting small capacity motors.

Only the output voltage can be changed, the starting torque is small, the impact on the grid is small, and it is not suitablefor heavy-load starting. 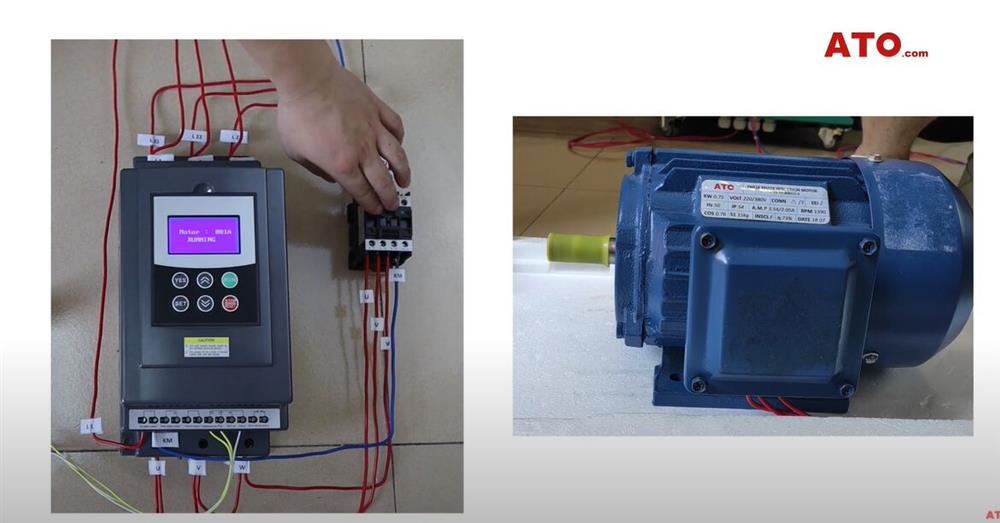 The output frequency and voltage can be changed, the starting torque is large, the impact on the grid is smalland it can start smoothly, suitable for heavy-load starting.

So, what device would you like to use to start your motor? View the video to see more details.