The mechanical failure of the squirrel cage motor is mainly caused by the clearance of electronic parts such as bearings, rotor shaft, end caps, and other bad working conditions, usually with motor heating, current significantly increased, abnormal sound, rotor jamming, and other phenomena, the fundamental reason is that the installation and daily maintenance of the motor is not in place, the solution is to follow the instructions for installation and use in the assembly and installation process.

The electromagnetic fault of squirrel cage induction motor is more complicated and various, mainly including:

The solution is to do an insulation resistance test before the motor running, and re-test whether the motor performance is normal and good.

Solution: Do insulation resistance test before the induction motor operation, re-test the motor performance is normal and good.

The insulation of the motor wire itself is damaged, which leads to the short circuit phenomenon caused by the contact of adjacent wires. If the motor has a short circuit between turns, there will be obvious electromagnetic noise, obvious heating of the winding, and even smoke and scorching smell. The detection method is to use a multimeter resistance or bridge to detect the DC organization of each phase winding, if it is lower than the specified value, open the end cover to check the winding to find out the fault point, if the damage is not serious available insulation material to repair; if the serious short circuit, has burned the coil, according to the actual situation re-embedding wire processing.

Mainly due to the insulation sleeve of the winding connection line is not well set, the solution is to re-set the winding after heating and softening. 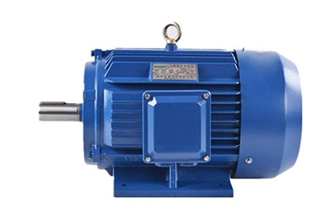 It often happens in the terminals of the motor winding or the lead wire end, which is caused by poor welding, corrosive flux not cleared, and pressure impact on the winding.

It means that the three-phase asynchronous motor is running in the state that one phase winding is not working. Two-phase voltage can not start the motor, which often happens in the motor running state, will lead to the motor burning in a short time with heat and the power fuse fusing. The reasons are bad contact of switch contact, too small contactor pressure, short circuit of one phase of the power supply line, etc. If it is the problem of power supply and fuse, use a multimeter to test, open the end cover, find the fault, re-weld and wrap the dipping paint to dry, then use after normal test; if it is the winding damage, replace the winding.

The motor overload running phenomenon has dull sound, speed drop, motor temperature rise obviously, current increase significantly, etc. The motor overload operation is caused by the unreasonable configuration of the motor and load. The solution is to avoid overload operation according to the performance of the motor and the function of the reload the reasonable configuration.

This is all about how to troubleshoot mechanical and electromagnetic failure of squirrel cage induction motor, if you still want to know more information or buy related products at a discount, please contact us.