Not all metals are suitable for making RTDs, and the materials need to meet the following requirements:

The resistance value of RTD thermal resistance at different temperatures can be approximated by the formula:

According to the number of lead wires, RTD can be divided into two-wire, three-wire and four-wire. 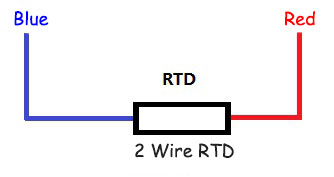 Two-wire RTD sensor does not consider the resistance of the lead wire, and the error is large. Therefore, it is only suitable for occasions with low precision requirements. The physical diagram of two-wire RTD is as follows: 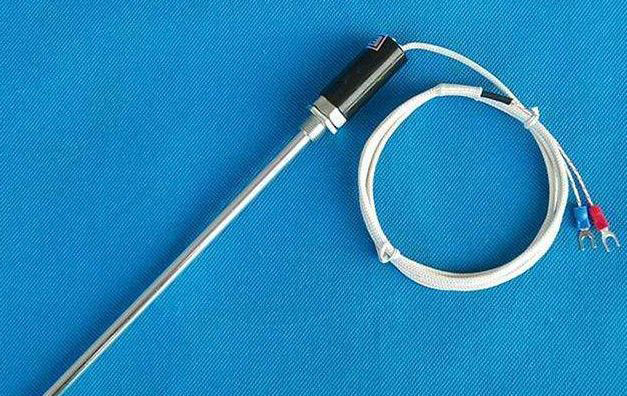 To eliminate the effect of RTD leads on measurement results, many RTDs use a three-wire format. The three-wire system is based on the two-wire system, and a third line is drawn from one end of the resistor, as shown in the following figure: 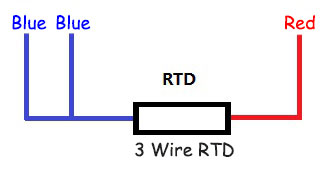 The three-wire RTD can largely eliminate the influence of the sensor lead itself on the measurement results, and the detection accuracy is greatly improved compared with the two-wire system. The following picture is a physical picture of a three-wire RTD: 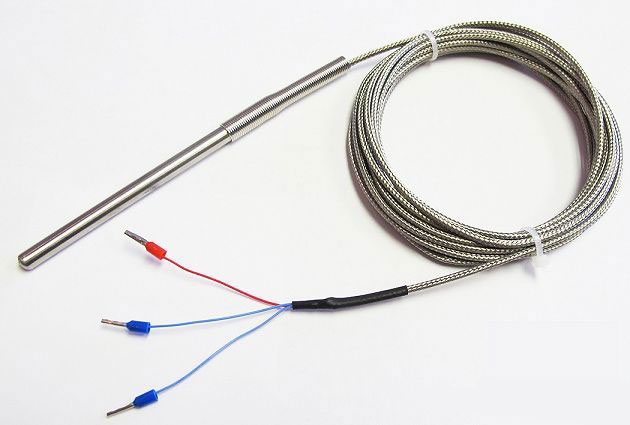 The four-wire RTD adds another line to the three-wire system, that is, there are two lines at each end of the resistor, as shown in the following figure:

The four-wire RTD can completely eliminate the influence of lead resistance, and the precision is very high. It is generally used in laboratories or occasions with high precision requirements.

RTDs are the most accurate and stable temperature sensors at present. However, since the change of resistance takes time, its response speed is slow. At the same time, its price is relatively expensive. So it is suitable for occasions where there are certain requirements for accuracy and cost is not the main concern.