What does an Angle Sensor do?

Next, let's move to the application of the angle sensor.

Use the angle sensor to control your wheels to detect obstacles indirectly. The principle is very simple. If the motor runs and the gears don't turn, your machine is blocked by an obstacle. This technique is very simple to use and very effective. The only requirement for this technology is that the moving wheels don't slip on the floor (or slip too many times), otherwise you won't be able to detect obstacles. This problem can be avoided if an idle gear is attached to the motor. This wheel is not driven by a motor but is driven by the movement of the device. If the idler stops while the drive wheel is spinning, you have hit an obstacle. This is a typical application of the sensor. 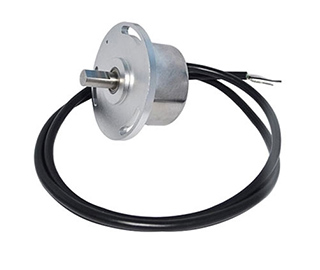 Angle sensors are useful in many situations: Controlling the position of arms, heads, and other movable parts. It is worth noting that when running too slowly or too fast, RCX suffers in terms of accurate detection and counting. In fact, the problem is not with the RCX, but with its operating system, which loses some data if the speed goes beyond its specified limits. Steve Baker has proved through experiments that the speed between 50 and 300 rounds per minute is a more suitable range, and there will be no problem of data loss within this range. However, in the range below 12rpm or above 1400rpm, there will be some data loss problems. In the range of 12rpm to 50rpm or 300rpm to 1400rpm, the RCX also has occasional data loss problems.

In addition, angle sensors, distance sensors, acceleration sensors, these angle sensors have been widely used in petroleum, coal, steel, ship and other industries.

Application of angle sensor in military

The well-known artillery is a barrel shooting weapon with a caliber equal to or greater than 20 mm using energy such as gunpowder gas pressure to project projectiles.

As early as 1332, the army was equipped with the earliest metal barrel artillery: the bronze fire gun. The artillery is usually composed of two parts: the gun body and the gun mount. The inclination angle of the gun bed is very high when the artillery is fired. The digital quadrant designed by using the angle sensor can obviously improve the speed of calibrating the gun bed and reduce the difficulty of operation.