Difference between Isolator and Circuit Breaker

Isolators and Circuit Breakers both are electrical devices used to isolate a section of power system. But what are the differences between them? In this video we are gonna make clear the differences between Isolators and Circuit Breakers which are to be explained considering factors such as type of device and their action, operation of both appliances, their functions, withstand capability and applications, etc. 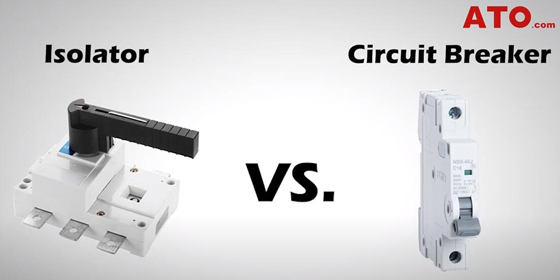 Before getting down to the point, let’s first figure out the definitions of disconnector (or isolator) and circuit breaker. 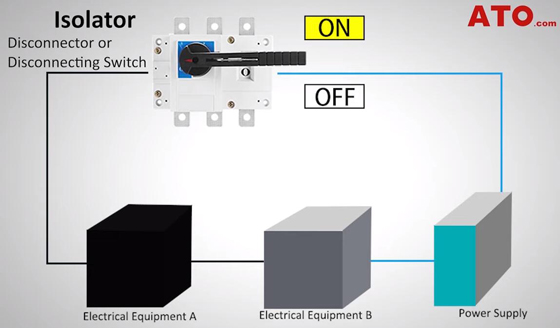 Isolator is a manually operated mechanical switch that isolates electrical equipment when it needs to be repaired or inspected as part of a regular maintenance schedule for safety reasons. It is used to ensure that the whole or a specific part of the circuit is completely de-energized for service or maintenance. It is also called disconnector or disconnecting switch.

They are only used for breaking the circuit and are often found in electrical distribution and industrial applications, where machinery must have its source of driving power removed for adjustment or repair. The disconnector is usually not intended for normal control of the circuit, but only for safety isolation. Unlike load switches and circuit breakers, isolators lack the mechanism to suppress the electric arcs that happens when the high currents are interrupted electrically. Therefore, isolators are called off-load devices. They will not break and make currents. Instead, they will completely isolate currents. So keep in mind that isolator or disconnector should not open when the current is flowing through it. And they may be paired with an earthing switch to ground the portion that has been isolated from the system for ensuring the safety of equipment and the personnel working on it. 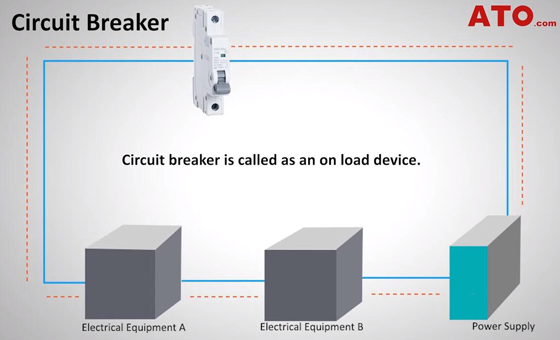 A circuit breaker is an electrical switch designed to protect an electrical circuit from damage caused by overcurrent/overload or short circuit. Its basic function is to interrupt current flow after protective relays detect a fault. A circuit breaker can make, carry, and break the current under standard circuit conditions. Hence it is called as an on load device.

A circuit breaker can be used as a protective device that can control the flow of the current just like a fuse. This is a benefit you might not expect from a switch disconnector. It breaks the circuit in case of fault conditions like short circuit and overload. Unlike a switch, a circuit breaker automatically does this and shuts off the power immediately. In this way it works as an automatic service protection device.

Difference between isolator and circuit breaker

View the video below to know more about difference between isolator and circuit breaker.