How to Measure the Safety Relay？

A safety relay consists of two parts: coil and contact. The coil resistance can be measured simply with Ohm, which is generally between tens and thousands. The coil power differs from AC current and DC current. In case of a short circuit, the coil may have burned out. Then disconnect the contacts and measure with Ohm band, the resistance value shall be infinitely-great. Connect the coil and measure, the circuit shall be shorted circuit. If the contact has a certain resistance, then it must be bad. 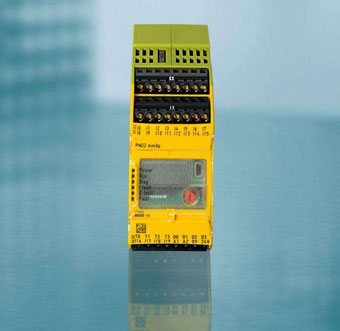 Actuation current is measured as the same as a pointer multimeter, namely placing the digital multiemter at 200mA DC band, then connecting it in series with the safety relay coil, a 5.1kΩ potentiometer and 200Ω resistor, connecting them with a 20V power supply.

Measure the resistance between two closed contacts with the 200Ω omh band of the multimeter. Generally, the resistance shall be near zero. If the multiemter shows "1", that means the two contacts are disconnected.