What is a three piece ball valve?

The three piece ball valve is composed of a valve body, two valve covers, a ball, a valve stem, a packing gland, a handle, a lock nut and other important parts. The three-piece ball valve media can be used from left to right and right to left, clockwise is closed, and counterclockwise is open.

The 3 piece ball valve and the gate valve are the same type of valve, the difference is that its closing part is a sphere, and the sphere rotates around the center line of the valve body to achieve opening and closing. Ball valves are mainly used to cut off, distribute and change the flow direction of the medium in the pipeline. 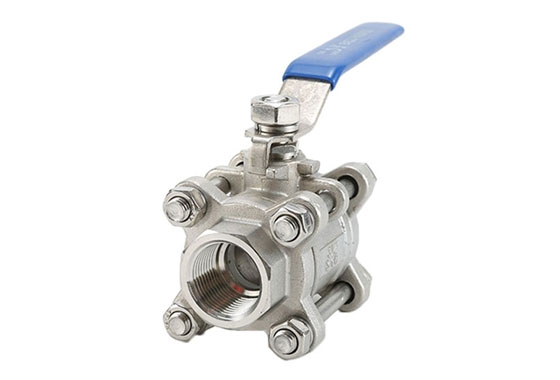 How does the three piece ball valve work?

The working principle of ball valve is to make the valve unblocked or blocked by rotating the valve stem. The ball valve switch is light, small in size, can be made into a large diameter, reliable sealing, simple structure, convenient maintenance, the sealing surface and the spherical surface are often closed, and are not easily eroded by the medium, and are widely used in various industries.

The three piece ball valve is a relatively new type of ball valve. It has some unique advantages of its own structure, such as no friction on the switch, the seal is not easy to wear, and the opening and closing torque is small. This reduces the size of the mounted actuator. Equipped with a multi-turn electric actuator that adjusts the medium and closes tightly. ATO 3 piece ball valve sizes are available in 1", 1/2" and 3".