How to Install a Ball Valve?

Start to install the ball valve 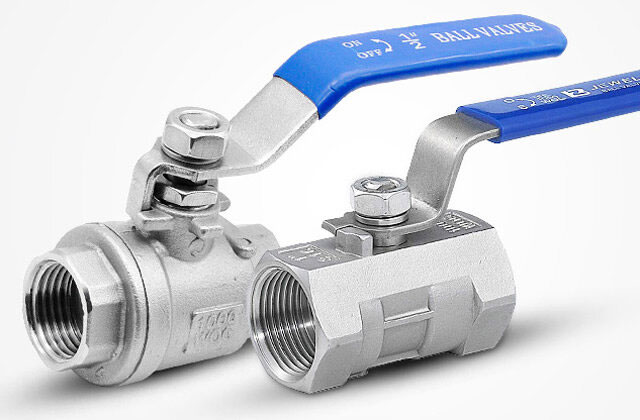 Inspection of ball valve after installation

Use of ball valve

The valve is only used as a switch, not for adjustment. In particular, it is not allowed to use under the conditions of exceeding the temperature, pressure limits and frequent alternating pressure conditions. Periodic tightening of bolts at high temperatures is allowed to prevent leakage and minimize thermal gradients. Shock loads and high stress concentrations are not allowed at low temperatures.

Regularly add sealing grease and soft packing to keep the equipment in good condition at all times. The valve should always be in the open or closed position and should not be used for adjustment. When it is not driven manually, the valve switch position should be consistent with the control console switch position and instructions to avoid misoperation.

The ball valve is mainly used to cut off, distribute and change the flow direction of the medium in the pipeline. It only needs to be rotated 90 degrees and a small torque can be closed tightly. Ball valves are widely used in petroleum refining, long -distance pipelines, chemicals, papermaking, pharmaceuticals, water conservancy, electric power, municipal, steel and other industries. ATO offers one piece, two pieces, three pieces of stainless steel ball valves, sizes are available in 1", 1/4", 2" and 3".