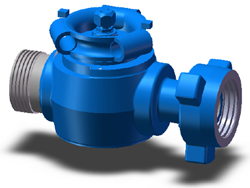 The plug valve is a rotary valve in the shape of a closing member or a plunger. By rotating 90°, the channel port on the valve plug is the same as or separated from the channel port on the valve body, so as to realize the opening or closing of a valve. The shape of the plug of the plug valve can be cylindrical or conical. In cylindrical plugs, the passages are generally rectangular. In conical plugs, the passages are trapezoidal. These shapes make the structure of the plug valve light, but at the same time, it also produces a certain loss. Plug valves are best suited for shut-off and on-media and diverting applications, but may also be used for throttling depending on the nature of the application and the erosion resistance of the sealing surface. Since the movement between the sealing surfaces of the plug valve has a wiping effect, it can completely prevent contact with the flowing medium when it is fully opened, so it can usually also be used for medium with suspended particles. Another important feature of the plug valve is that it is easy to adapt to the multi-channel structure, so that one valve can obtain two, three, or even four different flow channels. This simplifies the design of the piping system, reduces the amount of valves, and some connection fittings required in the equipment. 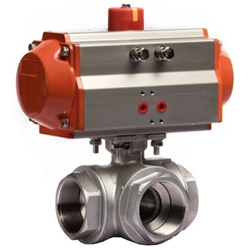 The ball valve is mainly used to cut off or connect the medium in the pipeline, and can also be used for the regulation and control of the fluid. The hard-sealed V-shaped ball valve has a strong connection between the V-shaped ball core and the metal valve seat of hard alloy surfacing. Shear force, especially suitable for media containing fibers and tiny solid particles. The multi-port ball valve on the pipeline can not only flexibly control the confluence, diversion, and switching of the flow direction of the medium, but also can close any channel and connect the other two channels. This type of valve should generally be installed horizontally in the pipeline.