As everyone knows, direct starting of water pump would cause the water hammer effect. Namely when the water pump starts and stops, water impacts the pipe and cause a serious water hammer. When the power is off suddenly or the valve turns off quickly, a water impact wave generates due to inertia of pressure flow, which is like the knock of a hammer, so it’s called water hammer. Sometimes the force generated from water impact wave may be great and damage valve or pump, therefore, to avoid the negative effect of water hammer effect, the pump’s rotation speed should increase to the rated speed slowly when it’s started. Two methods are applicable, one is the variable frequency starting, another is the soft starting. 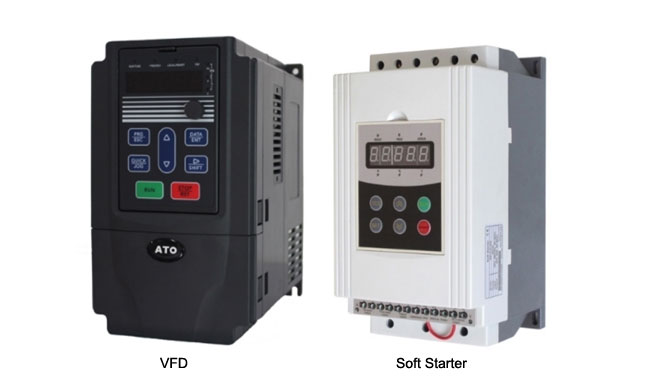