What are the Types of Synchronous Motor? 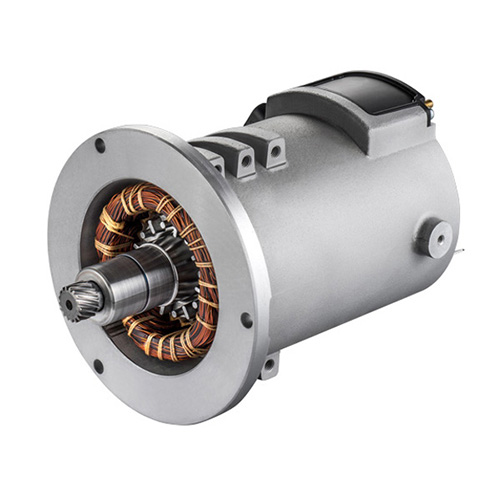 Reluctance synchronous motors, also known as reactive synchronous motor, are characterized by rotor excitation is not required, and synchronous torque is generated by unequal air gap permeability between straight axis and horizontal axis. This kind of motor has simple structure and is widely used. According to the speed of the size, it can be divided into general type and electromagnetic deceleration type two. The general type is usually referred to as non-excitation salient pole synchronous motor.

Reluctance synchronous motor is a kind of micro synchronous motor, its rotor structure is convex pole, from the appearance, is a cylinder or disc, the whole rotor is made of magnetic materials and non-magnetic materials, the magnetic resistance of the straight axis direction is less than that of the cross axis direction, so that it has the magnetic effect of convex pole. When the stator windings are powered, a rotating magnetic field is generated in the air gap. Under the action of the rotating magnetic field, a magnetic pull is generated to drag the rotor to rotate synchronously, has a speed control of synchronous motor.

Hysteresis synchronous motors are single phase motors where the rotor is made of ferromagnetic material. The rotors have high hysteresis loss property. They are made up of chrome, cobalt steel or alnico.

They are self-starting and do not need additional winding in synchronous motor use. This has a wide hysteresis loop which means once it is magnetized in a given direction; it requires a large reverse magnetic field to reverse the magnetization. 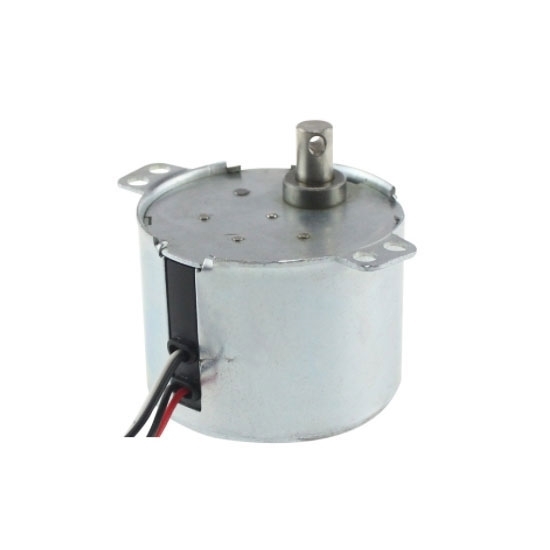 One of these motors has a stator winding similar to that of a split-phase or multiphase motor and a squirrel-cage rotor whose surface is cut flat. So it belongs to the pole rotor, rotor magnetic pole is made of a magnetized steel, and can often maintain magnetic. The squirrel cage windings are used to generate a starting torque, and when the 1 rpm synchronous motor rotates to a certain speed, the rotor display pole synchronizes with the current frequency of the stator coil. The polarity of the display pole is induced by the stator, so its number should be equal to the number of the upper pole of the stator. When the motor turns to its due speed, the squirrel cage winding loses its role, and the rotation is maintained by the rotor and the magnetic pole to follow the stator magnetic pole, so that it is synchronized.

When the speed of PMSM motor is very low, its voltage limit cycle is very large, and the current limit is its main constraint condition. Therefore, at low speeds, the current can always be maintained in a large state. At this point, it is called the constant torque region. As the voltage and current continue to rise, they become speed limits. The intersection of the two is the working point. Components begin to appear and change to a weak magnetic state, in which the magnetic field generated by the permanent magnet is weakened by the generated magnetic field and can produce higher speeds at the same voltage.