What is a Soft Starter?

Soft starter uses three-phase reverse parallel thyristor as voltage regulator and connects it between power supply and motor stator (The detailed wiring schematic diagram is shown in the figure). When starting the motor with soft starter, output voltage of the thyristor increases gradually and the motor accelerates gradually until the thyristor is fully turned on. The motor works on the mechanical characteristics of rated voltage to realize smooth start and reduce start current, thus avoiding start-up over-current tripping. When the motor reaches the rated speed, the start-up process ends. 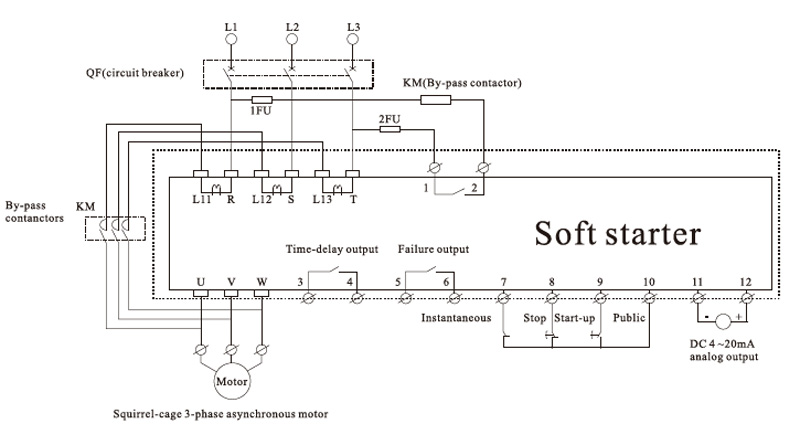