When do You Need a Soft Starter?

The VFD is generally not suitable for switching back and forth between devices such as output contactors, because its control is complicated. When the motor is switched, it may cause the motor to idle, and its phase is very different from that of the variable frequency drive output. There is a relatively large impact, which will affect the life of the IGBT of the inverter. The soft starter itself is designed with these in mind, using some phase-locked loop techniques to track.

When do you need a soft starter? 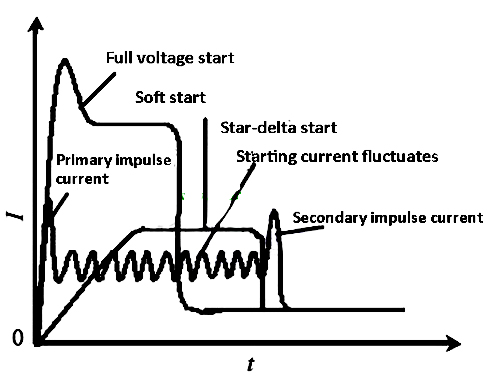 Generally, soft starter can be applied to various applications where squirrel induction motors do not require speed regulation. The current application range is AC 380V (also 660V), and the motor power ranges from several kilowatts to 800kW. The soft starter is especially suitable for various pump loads or fan loads, where soft start and soft stop are required. Similarly, for variable load conditions, when the motor runs under light load for a long time, and is only under heavy load for a short time or momentarily, the application of a soft starter (without bypass contactor) has the effect of light load energy saving.