What is Linear Guideways?

How does linear rail work? 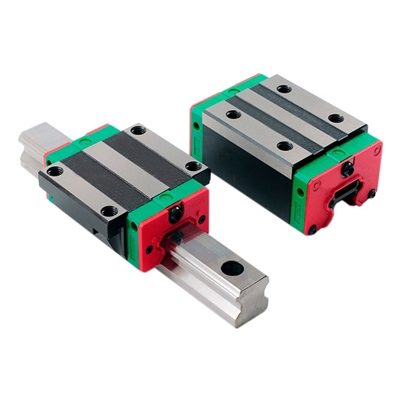 It can be understood as a kind of scroll guide. It is an infinite rolling cycle of steel balls between the slider and the guide rail so that the load platform can easily move linearly with high precision along the guide rail, and the friction coefficient is reduced to one-fifth of the ordinary traditional sliding guide, which can easily achieve high positioning accuracy. The design of the final unit between the slider and the guide rail enables the linear guide rail to bear the loads in all directions such as up, down, left and right at the same time. The patented return system and simplified structure design make the linear guides move more smoothly and with low noise.

It is well known that there are various forms of CNC linear rails, and there are quite a number of applications industries, but in fact, the working nature is roughly the same. The moving parts of CNC machine tools on specific rails are equivalent to trains traveling along the rails to each station. We can clearly see from the way the two movements that the linear guide has the following three functions:

The function of the linear guide is to support and guide the moving parts and rely on the two or four rows of balls on both sides of the guide to roll and drive the table to move smoothly in a given direction to make a reciprocating linear motion. Most of the movement along the guide rail system is linear movement, and a few are arc movement.