What Is the Multi Tap Transformer?

What is the transformer?

The transformer is made up of an iron core (or magnetic core) and one or more windings of a coil.The primary winding of the coil, which is linked to the power source, is referred to as the primary coil, and the remaining windings are referred to as the secondary coil.The simplest iron core transformer consists of two coils with unequal numbers of turns mounted on the core and a core made of soft magnetic material.

The core's function is to make the magnetic coupling between the two coils stronger. The core is made of a laminated silicon steel sheet that has been coated; there is no electrical connection between the two coils, and the coils are wound using insulated copper (or aluminum) wire to reduce eddy currents and hysteresis losses in the iron. The primary coil (or primary coil) is the coil connected to the AC power source, and the secondary coil is the coil connected to the appliance (or secondary coil).

What is the multi tap transformer? 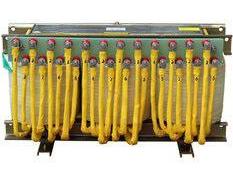 In transformers, the idea of taps is used. We can obtain more voltage signals the more taps we have. The input connections and output connections of each stage of the filter are referred to as taps, and each stage's delayed input sample value is stored there. The number of taps in an M-order FIR filter is M+1. For instance, radio coils and transformers both use it.

The tapped coil's primary use is to perform coupling transformers; the tapped head can slide and the variable ratio can be altered. The drawback is that the voltage declines but the current rises when utilized further as a neutral point, which can lower the number of rectifiers. The term "coil" typically refers to a wire winding that is formed into a ring. The most frequent coil uses include loop antennas, inductors, transformers, and motors.