Control transformer is a small dry-type transformer, which is mainly used to change the voltage of AC power. It is wound by an iron core and a coil. It can change not only the voltage of the alternating current, but also the impedance. When the design power is not exceeded, the current can also be changed. In different environments, the transformer also has different applications. Generally, it is used as a control lighting and indicator light source for electrical appliances in machine tools and mechanical equipment. 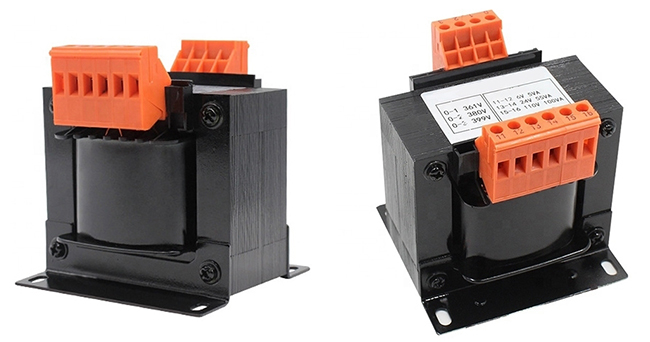 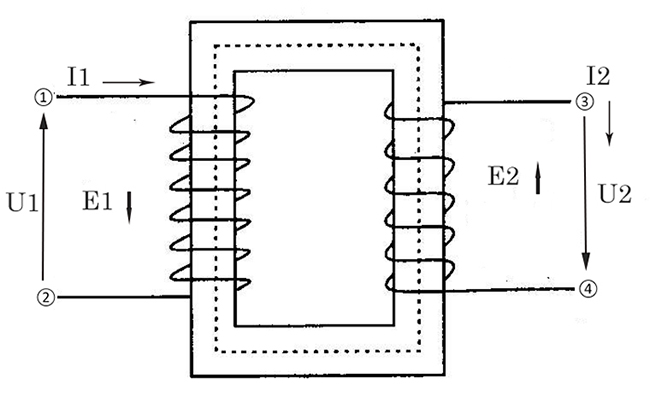 From the picture, we can see that U1 is positively selected AC voltage. When it is loaded on both sides of the primary coil, I1 alternating current and alternating magnetic flux will be generated in the wire. The alternating magnetic flux can pass through the primary coil and the secondary coil along the iron core, thereby achieving a closed magnetic circuit. The mutual induction potential U2 is induced in the secondary coil, and at the same time ① the self-induced potential is also induced in the primary coil, which is E1, which is opposite to the direction of the applied voltage, so it will limit the value of l1. If it is required to maintain the existence of ①, it requires the consumption of the power. In addition, the transformer has the loss. If the secondary current is not connected to the load, but the coil still has the current, it is exactly the no-load current we have mentioned.

Then, if the secondary coil is connected to a load, a current l2 will be generated in the coil, and a magnetic flux ② will be generated at this time, which is opposite to the driving direction of the former ①, and also plays a counteracting role. In addition, the total magnetic flux in the core decreases, the self-inductance voltage E1 also decreases, l1 will increase, so it can be concluded that the primary current and the secondary load are closely related. If the secondary load current increases, l1 will increase, and ① will also increase, then ① the increased part can just be offset by ②, maintaining the total core magnetic quantity unchanged.