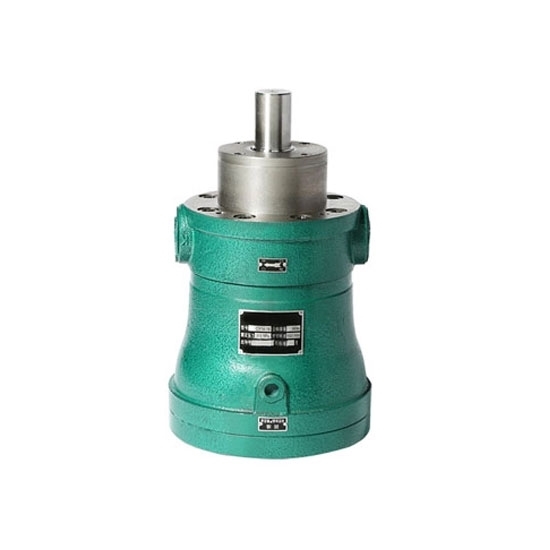 Piston pump from the structure is divided into single cylinder and multi cylinder, its characteristic is relatively high head. The flow rate of the piston pump is determined by the diameter of the pump cylinder, the piston stroke and the reciprocating times of the piston per minute.

What is Axial Piston Pump?

Axial piston pumps are positive displacement pumps that use multiple cylinders grouped around a central axis. The group of cylinders, usually containing an odd number, is called a cylinder block. The pistons within each cylinder are attached to a swashplate. The swashplate is also known as a cam or wobble plate and attaches to a rotating shaft. As the shaft turns, the angle of the swashplate changes, which drives the pistons in and out of their respective cylinders.

Axial piston pumps can be designed as variable displacement piston pumps, making them very useful for controlling the speeds of hydraulic motors and cylinders. In this design, a swashplate is used to vary the depth to which each piston extends into its cylinder as the pump rotates, affecting the volume of discharge. A pressure compensator piston is used in some designs to maintain a constant discharge pressure under varying loads. Cheaper pressure washers sometimes use fixed-rate designs.

In a typical pressure-compensated pump, the swashplate angle adjusts through the action of a valve using pressure feedback to make sure that the pump output flow is precisely enough to maintain a designated pressure. If the load flow increases, the pressure momentarily decreases, but the pressure-compensation valve senses the decrease and then increases the swashplate angle to increase the pump’s output flow, restoring the desired pressure.

Axial piston pumps in ATO store can contain most of the necessary circuit controls intrinsically by controlling the swash-plate angle, to regulate flow and pressure. They are very reliable and can allow the rest of the hydraulic system to which they’re attached to be very simple and inexpensive.

They are used to power the hydraulic systems of jet aircrafts, being gear-driven off of the turbine engine's main shaft, and are often used for automotive air conditioning compressors for cabin cooling. The design of these pumps meets the limited weight and space requirement in the vehicle's engine bay and reduces vibrations.