Many items have several names, and many of them are very similar, such as grapes and raisins, oranges and oranges, cherries and cherries. They are very similar in appearance but they are not the same item. There are also the same situation in the industrial instrument industry. Although pressure transmitters and pressure sensors have similar names, they are indeed two completely different types of accessories. Their differences are mainly reflected in the following aspects. The ATO will provide you with detailed description on their differences.

The pressure sensor converts non-electrical physical quantities such as gravity, pressure, liquid level, material characteristics, etc. into electrical signals or directly sends physical quantities such as pressure, liquid level, etc. to the pressure transmitter. Generally, it refers to a sensitive element that converts a changing pressure signal into a corresponding changing resistance signal or capacitance signal, a pressure-capacitance element, and so on. Pressure sensors are generally composed of 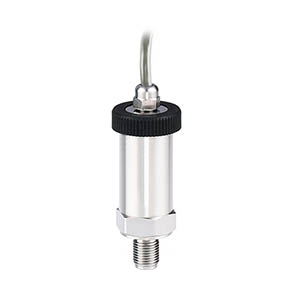 The pressure transmitter is to amplify the weak electrical signal collected by the pressure sensor in order to transmit or start the control element. Or a signal source that converts the non-electrical 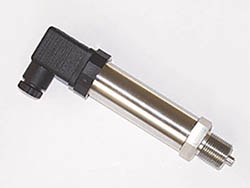 input from the sensor into an electrical signal and amplifies it for remote measurement and control. The analog quantity can also be converted into a digital quantity as required. Generally, it refers to a complete set of circuit units for measuring pressure composed of pressure-sensitive elements and conditioning circuits. It can directly output standard voltage signals or current signals that have a linear relationship with pressure for direct collection by instruments, plc, acquisition cards and other equipment.

The transmitter is equivalent to a signal amplifier. The AC 220V transmitter we use provides the DC 10V bridge voltage to the sensor, and then accepts the feedback signal and amplify it, and outputs a 0V~10V voltage or current signal. There are also small DC 24V transmitters and sensors about the same size, and sometimes they are installed together. Generally speaking, the transmitter provides power to the sensor and amplifies the signal. The sensor just collects the signal, for example, the strain gauge turns the displacement signal into a resistance signal.

2. The ceramic pressure sensor is based on the piezoresistive effect. The pressure directly acts on the front surface of the ceramic diaphragm, causing the diaphragm to deform slightly. The thick film resistor is printed on the back of the ceramic diaphragm and connected to form a Wheatstone bridge. The piezoresistive effect of the varistor makes the bridge generate a highly linear voltage signal proportional to the pressure and also proportional to the excitation voltage.

3. The working principle of the diffused silicon pressure sensor is also based on the piezoresistive effect. Deploying the piezoresistive effect principle, the pressure of the measured medium directly acts on the diaphragm of the sensor (stainless steel or ceramics), so that the diaphragm generates a microscopic pressure proportional to the pressure of the medium. The displacement changes the resistance value of the sensor, and the electronic circuit is used to detect this change, converting and outputing a standard measurement signal corresponding to this pressure.

1. Safety control system: Pressure sensors are often used in safety control systems, mainly targeting the safety management system of the air compressor itself. A pressure sensor acts as a protective measure to control the pressure brought by the compressor. When the compressor starts normally, if the pressure value doesn’t reach the upper limit, the controller will open the air inlet to make the device reach the maximum power.

1. Intelligence: Due to the emergence of integration, some microprocessors can be added to the integrated circuit, so that the transmitter has functions such as automatic compensation, communication, self-diagnosis, and logical judgment.

2. Integration: Pressure transmitters have been increasingly integrated with other measurement transmitters to form measurement and control systems. Integrated systems improve operational speed and efficiency in process control and factory automation.

3. Miniaturization: There is an increasing market demand for small pressure transmitters, which can work in extremely harsh environments and require only little maintenance and maintenance, and also have little impact on the surrounding environment. It is very small and can be placed in various important organs of the human body to collect data without affecting people's normal life.