A circuit breaker is essentially a safety device for any property that uses electricity. These fixtures act as third parties in complex and dangerous electrical wiring systems. MCB and MCCB are circuit breakers. They are used in homes to prevent personal injury and electrical damage. These devices are designed to perform specific functions. It is their special features that make them special. So, what are the differences between them?

What is a Miniature Circuit Breaker (MCB)?

An MCB or miniature circuit breaker is an automated electrical device designed to protect electrical circuits from damage caused by overcurrent, usually caused by overload or short circuit. Its basic function is to interrupt the current flow once a fault is detected. How it works is very simple. The MCB has two contacts, one is movable and the other is fixed. As the current increases from a predefined limit, the movable contacts are disconnected from the fixed contacts, thus opening the circuit and disconnecting them from the mains. 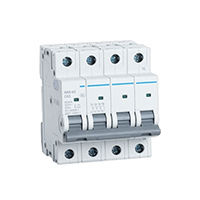 What is a Molded Case Circuit Breaker (MCCB)?

An MCCB or molded case circuit breaker is an electrical device designed to protect a circuit from overloading. However, unlike MCB, it is used where adjustable tripping is required. MCCBs are mainly used in high current applications and have a manual switch for tripping the circuit. Talking about how it works, there are two arrangements of MCCBs; one for overtemperature and one for overcurrent. It has bimetallic contacts that expand and contract with changes in temperature. Under normal operating conditions, the contacts allow current to flow through the circuit. However, if the current rises above a predefined limit, the contacts heat up and expand until they open. As a result, the circuit is disconnected from the mains. 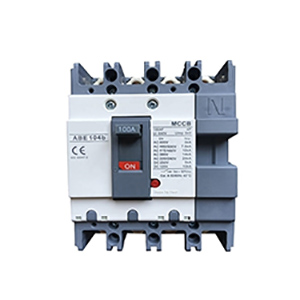 Working principle of MCB and MCCB

A miniature circuit breaker is an electromechanical device that automatically shuts down a circuit when abnormal conditions occur. It is easy to sense overcurrent caused by short circuit.
The working principle of microcircuits is simple. Their main function is to protect equipment from overcurrent. It has two contacts, one is movable and the other is fixed. When the current increases from a pre-defined limit, their movable contacts disconnect from the fixed contacts, breaking the circuit and disconnecting them from the mains. 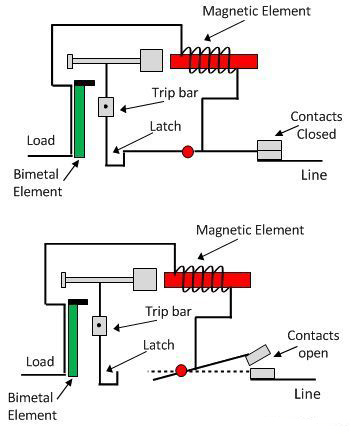 The MCCB has two arrangements, one for over temperature and one for over current. It consists of bimetallic contacts that expand and contract when the temperature of the MCCB changes. Under normal operating conditions, the contacts allow current to flow through the circuit. But when the current rises above a predetermined value, their contacts heat up and expand until the contacts open. Therefore, disconnect the circuit from the mains and protect the device from damage.

Common characteristics of MCB and MCCB

Differences between MCB and MCCB

The main difference between MCB and MCCB is their capacity. On the one hand, MCBs are rated at less than 100 amps and interrupted at less than 18,000 amps. Also, their trip characteristics may not be adjustable since they cater primarily to low circuits. MCCBs, on the other hand, provide amperage as low as 10 and as high as 2,500 as needed. Their breaking rates range from 10,000 to 200,000 amps. In addition, the MCCB has adjustable trip elements for more advanced models.