The hot wire anemometer is a type of anemometer that converts the flow velocity signal into an electrical signal, and can also measure fluid temperature or density.

The length of the hot wire is generally in the range of 0.5 to 2 mm, and the diameter is in the range of 1 to 10 microns. If a very thin metal film instead of a metal wire, which is called a hot film anemometer. The function is similar to that of a hot wire but is mostly used to measure the flow rate of liquids. In addition to the ordinary single-wire type, the hot wire can also be a combination of two-wire or three-wire types, to measure the speed component in all directions. The electrical signal output from the hot wire, after amplification, compensation and digitization, is input into the computer, which can improve the measurement accuracy, automatically complete the data post-processing process, and expand the velocity measurement function, such as completing the measurement of instantaneous value and hourly average value, combined velocity and fractional velocity, turbulence degree and other turbulence parameters at the same time. 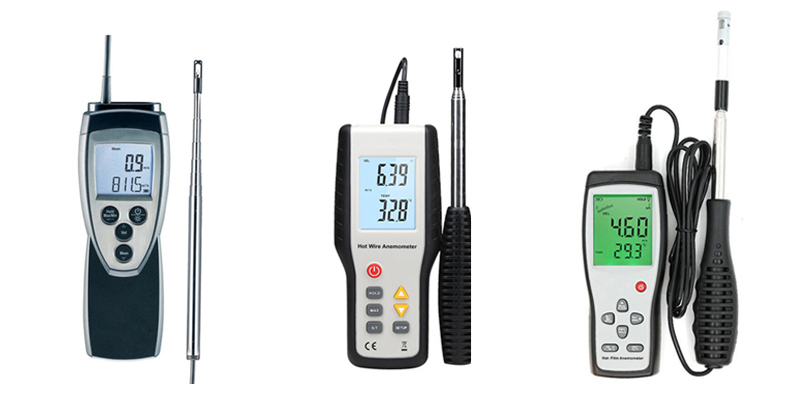 Compared with the Pitot tube, the hot-wire anemometer has the advantages of small probe size, low interference with the flow field, fast response, and the ability to measure non-constant flow velocity and low velocity (down to 0.3 m/s). Hot wire anemometer with measurement range 0~20m/s, 0~30m/s and 0.1~25m/s are available on ATO.com.