How does a Triaxial Accelerometer Sensor Work?

Three-axis accelerometers are widely used in aerospace, robotics, automotive and medical fields. It is based on the basic 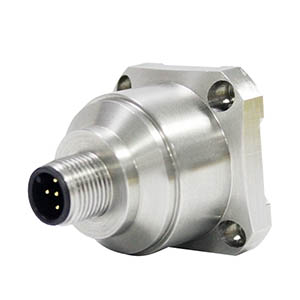 principle of acceleration to achieve work, with traits of small size and light weight. It can measure the acceleration in space and comprehensively and accurately reflect the motion properties of objects.

It is necessary to measure the inclination angle of objects in many aspects such as inertial measurement systems of space vehicles, inclination measurement of vehicles and ships, balance attitude detection of robots, and limb posture detection. The three-axis accelerometer uses a MEMS accelerometer to measure the inclination angle, and it has the characteristics of small size, light weight, low cost, and does not affect the mechanical mechanism of the measured object.

There are three main types of acceleration sensors: piezoelectric, capacitive and thermal. Classified by the number of input axes, there are single-axis, dual-axis and triple-axis accelerometers. Each of these has their own advantages. Take the technical principle of capacitive triaxial accelerometer as an example. Capacitive accelerometers can sense motion conditions such as acceleration or vibration in different directions. It is mainly a movable mechanism designed using the mechanical properties of silicon. The mechanism mainly includes two sets of silicon comb teeth, when one is fixed, and the other is moved immediately; the former is equivalent to a fixed electrode, and the latter is a movable electrode. When the movable comb teeth are displaced, there will be a change in capacitance proportional to the displacement.

Most of the three-axis accelerometers use piezoresistive, piezoelectric and capacitive working principles. The resulting acceleration is proportional to the changes in resistance, voltage and capacitance, and is collected through corresponding amplification and filter circuits. This is based on the same principle as an ordinary accelerometer, so in a certain technology three single-axis can become a three-axis. For most sensor applications, two-axis accelerometers are already sufficient for most applications. However, some applications are still focused on three-axis accelerometers, such as in data mining equipment, valuable asset monitoring, collision monitoring, measuring vibration of buildings, wind turbines, wind turbines and other sensitive large-scale structural vibrations.

The three-axis accelerometer is the basic component of the inertial navigation system, and the signal transmission between the system controller, processor and memory is mainly carried out through the aerospace lines. As a standard specification developed for aerospace systems, Space Wire can increase the transmission rate of accelerometers and enhance transmission stability.

Triaxial accelerometers have measurement bandwidths (up to 15 kHz) for condition monitoring of critical machine operations. It works on the basis of acceleration. Acceleration is a space vector. On the one hand, to accurately understand the motion state of an object, the components on its three coordinate axes must be measured; the acceleration signal must be detected. Since the three-axis accelerometer is also based on the principle of gravity, the three-axis accelerometer can realize the double-axis plus and minus 90 degrees or the acceleration generated by the double-axis three-axis proportional to the change of resistance, voltage and capacitance, and is collected through the corresponding amplification and filter circuit. .

Triaxial accelerometer sensors enable revolutionary innovation space in consumer products for traditional consumer and handheld electronics. It can be installed on game consoles as a user motion capture. It senses the movement of the arm forward and backward, left and right, and up and down, and translates it into virtual scene actions in the game, such as punching, racket swinging, jumping, and throwing fish. The three-axis accelerometer sensor turns the simple finger movements of the past into real body and physical movements, achieving a sense of on-site game play and participation that could not be achieved by button operations in the past. In addition, the function of the accelerometer electronic pedometer to provide compensation for the electronic compass can also be used for anti-shake requirements in digital cameras.There are many advantages of three-axis accelerometers, especially in the field of automotive electronics.