Difference between Gyroscope and Accelerometer

The accelerometer is one of the basic measurement elements of inertial navigation and guidance systems. In other words, the accelerometer is an oscillating system installed inside the motion carrier to measure the motion acceleration of the carrier. The gyroscope is called an angular velocity sensor, which is different from an accelerometer. The physical quantity it measures is deflection and tilt rotational angle speed. Many of us often hear the term accelerometer sensor and gyroscope sensor, but what is the difference between them？With these questions, ATO will introduce them to you. 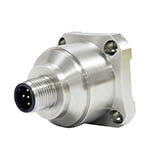 An accelerometer is an electronic device that measures acceleration force and converts the acceleration into a signal. It usually consists of mass blocks, dampers, elastic elements, sensitive elements and adaptive circuits. During the acceleration process of the sensor, the acceleration value is obtained by using Newton's second law by measuring the inertial force on the mass block. Common acceleration sensors include capacitive, inductive, strain, piezoresistive, piezoelectric, etc. 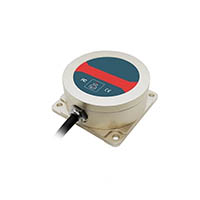 The gyroscope sensor is an easy-to-use control system for free-space movement and gesture-based positioning. It was originally applied to helicopter models, and it has now been widely used in mobile portable devices such as mobile phones. Swipe your mouse on an imaginary plane, and the on-screen cursor will follow, and you can circle links and click buttons. These are all handy when you're giving a speech or leaving the table. A gyroscope sensor has these basic structures: a gyro rotor, inner and outer frames and attachments.

Gyroscope sensor measures angular velocity, while acceleration measures linear acceleration. The former is the inertia principle, and the latter is the force balance principle utilized. 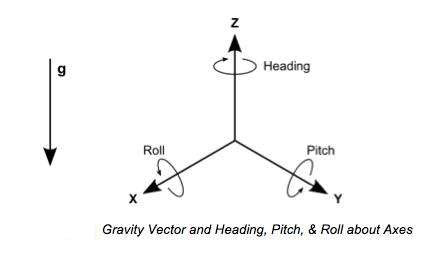 Gyroscopes work according to the principle of inertia. The principle of inertia means that the direction of the axis of rotation object will not change when it is not affected by external forces. People use it to stay oriented according to this principle. The direction indicated by the shaft is then read in a variety of ways, and the data signal is automatically sent to the control system. We actually use this principle when we ride a bicycle. The faster the wheel turns, the less likely it will fall, because the axle has a force that keeps it level. 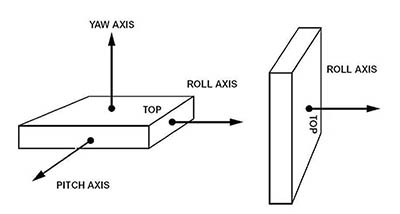 Since this deformation generates a voltage, the acceleration can be converted into a voltage output by simply calculating the relationship between the generated voltage and the applied acceleration. So according to this principle, by measuring the acceleration due to gravity, you can calculate the tilt angle of the device relative to the horizontal. By analyzing dynamic acceleration, you can analyze how the device moves.

The modern gyroscope sensor is an instrument that can accurately determine the orientation of moving objects, and the gyroscope Sensors are essential controls in modern aviation, marine, aerospace and defense industrial applications. The gyroscope sensor was named by French physicists when they studied the rotation of the earth, and it has been the most convenient and practical reference instrument for aviation and marine navigation attitude and speed.

Measure the angle of the door, when the door is opened at an angle, it will sound an alarm, or send a short message in combination with the GPRS module to remind the door to be opened. In addition, the gyroscope sensor integrates the function of the acceleration sensor. When the door is opened, a certain acceleration value will be generated. The gyroscope sensor will measure the acceleration value. When the preset threshold value is reached, an alarm will sound. The alarm can also integrate radar sensing measurement function, as long as someone enters the room and moves, it will be measured by radar. Double insurance reminds anti-theft, high reliability, low false alarm rate, very suitable for anti-theft alarm in important occasions.

It is a special sensor for geological exploration and engineering measurement.

The electrical signal sensor can convert the ground vibration caused by seismic waves into electrical signals, and then convert them into binary data through an analog-to-digital converter, and perform data organization, storage, and arithmetic processing. An accelerometer sensor is an electronic device that can measure acceleration force, which is typically used in mobile phones, laptops, pedometers, and motion detection.

Accelerometers are mainly used in safety performance aspects such as automotive airbags, anti-lock braking systems, and traction control systems. In safety applications, the fast response of the accelerometer is very important. When the airbag should deploy is determined quickly, the accelerometer has to react instantaneously. The response time of the device can be shortened by using a sensor design that reaches steady state quickly instead of vibrating. Among them, the piezoresistive acceleration sensor has developed the fastest due to its wide application in the automotive industry.

The acceleration sensor can detect the change of the inclination angle of up, down, left and right, so it becomes very simple to realize the direction control of the object in the game by tilting the handheld device back and forth.