How to Measure Pick Up Power of Magnetic Sweeper?

In order to understand pickup ability to compare magnets, you need to know how we measure pickup ability and performance. We briefly introduce in this article. 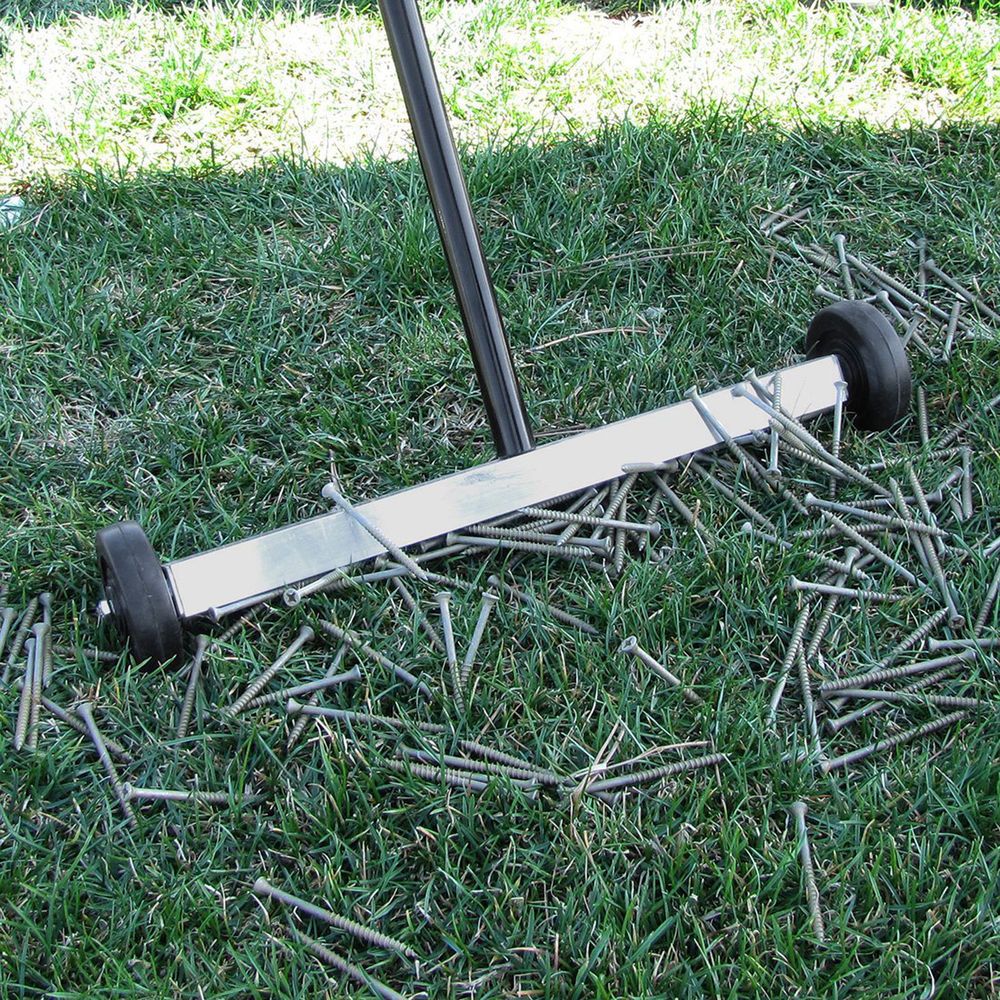 Holding Force of a Magnet. We do not measure "holding force" in pounds of steel that the magnet can grab because we believe this measurement is flawed for the following reasons:

The weight form of the steel is very important. For example, a 50-pound nail is harder to "grab" than a 50-pound rebar. The rebar is flat and dense and can be very close to where the magnet's gauss strength is highest, allowing the magnet to "grab" more weight in the form of the rebar than in the form of a nail. By contrast, a 50-pound nail is a bunch of tangled nails with lots of space between them, which keeps more nails from getting close to the magnets where the magnets have the highest gauss strength.

Grabbing something is quite different from picking it up in the first place, the real purpose of a magnetic sweeper is to pick up the debris first and then grab it. So measuring how well a magnet grabs a piece of iron, be it rebar or a nail, isn't really a measure of how well it does at picking up pieces. Because if you can not pick it up, nothing else matters.

Gauss Measurements. Gauss, symbol G (sometimes Gs), is a unit for measuring magnetic induction, also known as magnetic induction. Gauss measurements are also commonly used to indicate the strength of a magnetic sweeper or the magnets inside a magnetic sweeper. For example, Earth's magnetic field is 0.5 gauss, and fridge magnets are 10 gauss, so just considering this without further understanding, one would think fridge magnets are stronger than Earth's. However, the Earth is more powerful due to its huge size.

Everyone knows and understands this. At very small distances from the refrigerator magnet, the magnetic field strength is practically zero, whereas Earth's magnetic field strength is 0.5 Gauss and still exists at great distances. So size is important, the Gauss value measured from the surface of the magnet is not the best indicator of which magnet is the best at picking up metal fragments. What really matters is what the Gauss reading is, further from the ground, where the magnet will pick up the debris.