Image sensor is an important part of the industrial camera. According to difference of the original, it can be divided into CCD and CMOS sensors. In the last 25 years of the last century, CCD technology has been leading the trend of the imaging sensor. It is a high-resolution and high-quality image sensor which can be integrated on a very small chip. However, in recent years, with the rapid development of the semiconductor manufacturing technology, the size of the integrated transistor is becoming smaller and smaller, and the performance is much better. CMOS image sensor obtains rapid development in the recent years, and it seems CMOS image sensor has overtaken CCD image sensor. CMOS provides the performance on a par with CCD in the mid-end and low-end applications, and has a significant advantage in price. With the development of technology, CMOS will also occupy a space in the high-end application field. This paper makes a detailed explanation to the difference between CCD and CMOS image sensors in the industrial camera.

CCD image sensor has the same photovoltaic conversion principle with the CMOS image sensor. Their main difference lies in the different signal readout process. Because CCD only has one (or a few) output nodes for unified readout, its signal output consistency is very good. However, in CMOS chip, every pixel has its own signal amplifier, which shall conduct its own charge-voltage conversion, so its signal output consistency is rather poor.

From the perspective of the manufacturing process, the circuits and devices in CCD are integrated on the single crystal material of the semiconductor. It has rather complicated technology. The process is more complex. Only a few manufacturers in the world can produce CCD crystal elements. CCD can only output the analog electrical signals, which still requires the subsequent address decoder, analog converter and image signal processor to process. In addition, it also need to provide three groups of power supply in different voltages synchronous clock to control circuits. The integration degree is very low.

CMOS is integrated on the single crystal material which is named as the metal oxide. This process is the same as that used to produce tens of thousands of semiconductor integrated circuits such as computer chips and storage devices. Therefore, the cost of CMOS is much lower than that of CCD. Meanwhile, CMOS chip can integrate the image signal amplifier, signal read circuit, A/D conversion circuit, image signal processor and controller, etc., on one chip. Only one chip can realize all basic functions of the industrial camera. The integration is very high. The concept of the chip-level camera is generated from here. With the continuous development of CMOS imaging technology, more and more companies can provide high-quality CMOS imaging chips, including Micron, CMOSIS, Cypress and so on.

CCD image sensor adopts the gradual photosensitive output. It can only output according to the regulated procedure, and the speed is very low. CMOS image sensor has several charge-voltage converters and rank switching controls, and it is faster in the readout speed. At present, most of the high-speed cameras above 500fps are CMOS cameras. In addition, the address gating switch of CMOS can be sampled randomly, thus realizing the child-window output, and it can obtain a higher speed when just outputting the image of the child-window. 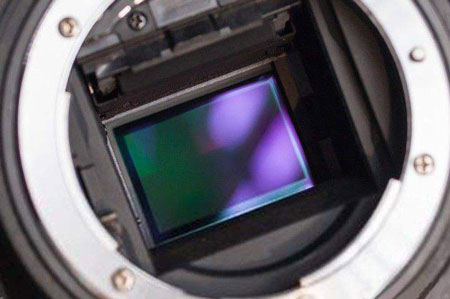 CCD technology develops rather early and it is relatively matured. It adopts PN structure or silicon dioxide (SiO2) isolation layer to isolate the noise. The imaging quality has a certain advantages compared with the CMOS image sensor. Because of the high integration degree of CMOS image sensor, and the close distance among various components and circuits, the interference is rather serious, and the influence of the noise to the image quality is great. In recent years, with the continuous development of the CMOS circuit de-noising technology, the production of high-density and high-quality CMOS image sensor is provided with favorable conditions.