1. Horizontally
As to load cells installed horizontally, there is the shear beam load cell, cantilever beam load cell, low profile load cell, ring load cell, parallel beam load cell, etc. In the installation process, the foundation is required to be flat and the function surface should be horizontal. Therefore, we point out in the basic drawing that the height difference of various weighing points should not exceed 3mm, and the flatness of the single basic plate should not be larger than 1/500. 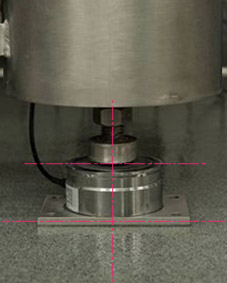 2. Vertically
As to load cells installed vertically, there is the columnar type load cell, s type load cell, tension load cell, etc. However, no matter which product structure is adopted, its functioning axis must be parallel to the axis of the loader and vertical to the basic horizontal plane. To components with inconsistent installation standards, if the installation dimension chain does not design an open loop for adjustment, they may be out of control.

3. Height adjustment
As to 'height adjustment', it means that multiple basic plates are impossible to stay on the same plane in the process of construction, and the supporting points of the loader are unlikely to be processed on the same plane. In this way, when multiple load cells are installed, the weight of loaders are impossible to fully function on load cells. The certain number of gaskets must be added for adjustment. The gaskets for height adjustment must be added between the upper padding plate and the loader's supporting plate, and the bolt should be used to fasten the two parts. It should be absolutely forbidden to put the gaskets at the bottom of the load cells. After load cells are put on basic plates, none fixation can be made, and we can just rely on static friction between the load cells' lower padding plate and basic plate to limit its horizontal movement. If the gaskets are adjusted between them, the static friction will become smaller, thus resulting in horizontal movement of load cells, thus influencing their measurement performance.

Load cells, either installed on the loaders or on the basic structures, must ensure the fixation points are not loosened after the weight is exerted on the bearing points. Therefore, the fixation points must adopt materials for bolts, and the diameter and pre-tightening force torque should follow strict requirements. The torque can be calculated by T=kdF (where k=0.2).

Elastic elements of the s are, before leaving the factory, fastened by the high strength grade bolts to a bracket firmly by the electronic wrench with certain torque. Therefore, the shear beam load cells are convenient to use in different scenarios. However, if the cantilever beam load cells, particularly those with a large tonnage like 20 ton, must be installed on site, it is much harder. 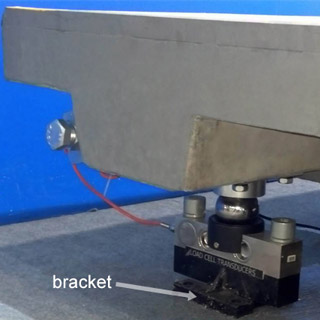 III. The requirement for limiting stopper

2. Stopper interval
The purpose of designing the stopper devices is to reduce the displacement of loaders to achieve the goal of reducing the eccentric load of load cell and improving accuracy of weighing controller. From this perspective, the smaller the interval of the stopper devices is, the better. Affected by manufacturing quality, installation quality, and expansion and contraction upon temperature changes, the interval of using indenter stopper should be proper. The restrictive stoppers leave no displacement for the loader. Under some conditions, it is necessary to add prestressing force onto stopper devices in some products, under the prerequisite of not influencing all load value on the loaders of load cells.