Overview
At present, robot has a rapid development especially industrial robot. However, robot should be improved in response speed, accuracy and technological level. Then, what is the key point? The key lies on core part of robot – servo motor. In the operational process, robot realizes free movement through drives of servo motor. Thus, higher requirements on speed and accuracy of action of robot are actually higher requirements on response speed and controlling accuracy of servo motor.

However, in actual operation of robot, servo motor is often in the state of various acceleration and deceleration, and positive and negative shift, which proposes high demands on short-term overload capacity, applicable range of inertia, band width of frequency response and response time of speed/torque. One important index is band width of frequency response which decides response speed of the servo system to orders, thus it is an important index for robot designers. 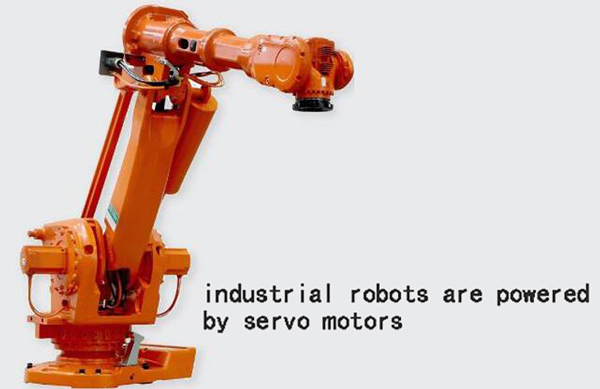 General technical standards stipulate test methods of band width of servo drives: drives input sine wave speed orders and its amplitude is 0.01 times than rated speed order value. Frequency will gradually increase from 1Hz, and then record corresponding speed curves of motor. With increase of sine frequency of orders, phase delay of wave curve of motor speed to sine wave curve of orders while amplitude will gradually drop. When phase delay increases to 90 degrees, frequency will be the band width of phase of 90 degrees of servo system; and when amplitude drops to low frequency, 0.707 times of frequency will be -3dB band width of servo system.

Thus we can say that the faster the band width of frequency response, the timelier servo system will respond to orders with faster changes. No matter how complex actions of industrial robot are, it can respond in time and control each joint of robot.