Dry coupling, no need for lubrication

The elastic diaphragm coupling relies on the metal diaphragm to transmit the torque and absorb the deformation caused by misalignment. There is no relative movement between the parts and no friction and wear, so there is no need for lubrication, which is in line with the development direction of process equipment without oil. The coupling is a rigid movable coupling. It compensates for the misalignment of the two shafts by the relative slip between the tooth surfaces. Therefore, the coupling needs to be lubricated, and the lubrication conditions determine whether the tooth coupling works well or not. key. It is especially prominent during operation, such as separation and leakage of oil under the action of centrifugal force, as well as the selection of lubricating oil, often because the lubricating design uses the bearing lubricating oil of the connected machine, rather than the bearing capacity of the appropriate bearing capacity. Gear oil. Therefore, the lubrication problem of running gear couplings is particularly prominent. On the other hand, the wear caused by the relative sliding of the tooth surface will cause a series of problems such as sludge and imbalance. Therefore, although gear couplings were once the choice for high-power applications, with the emergence and development of diaphragm couplings, gear couplings have gradually faded out. 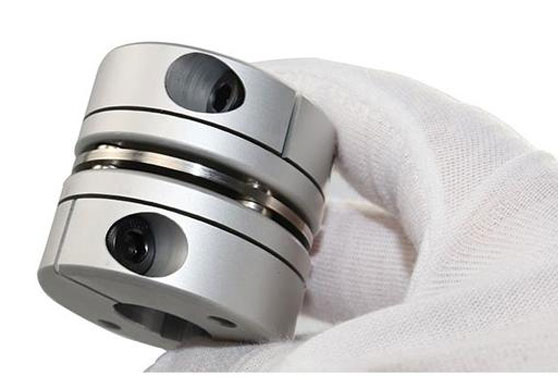 The ability to compensate for misalignment is large, and the installation and alignment are convenient

The diaphragm coupling adopts austenitic stainless steel diaphragm, which can withstand large deformation while transmitting torsion, thereby compensating for the misalignment of the two shafts. The non-metallic elastic coupling is restricted by the low strength and easy aging of the non-metallic elastic element, which not only has a short life, but also has a small compensation capacity. The coupling is restricted by the relative slip speed of the tooth surface and the lubrication conditions. According to the data, the relative slip speed of the tooth surface should be no more than 0.12m/s and the angular compensation capability is very small. Therefore, the installation and alignment requirements of non-metallic elastic couplings and gear couplings are relatively good. Once the misalignment exceeds the allowable range, it will cause the failure of the coupling.

Diaphragm coupling uses metal diaphragm as elastic element, which has good strength and large load transmission capacity, and there are no non-metallic parts in the whole product, no aging problem, good service life, and suitable for harsh use environments. This is for non-metal elastic element couplings.

The diaphragm coupling compensates the relative displacement of the two shafts connected by the elastic deformation of the diaphragm. It is a high-performance metal flexible coupling with good components. It does not need to be lubricated. It has a compact structure, good durability and long service life. Yes, there is no rotation gap, it is not affected by temperature and oil pollution, and it is not afraid of acid and alkali to prevent corrosion. It is suitable for shafting transmission in high temperature and corrosive medium working conditions.