What Causes Damage to Diaphragm Couplings?

Diaphragm coupling is especially suitable for medium and high power transmission. The diaphragm coupling has the advantages of simple structure, light weight, small volume and convenient assembly and disassembly. It can be assembled and disassembled without moving the machine (referring to the type with intermediate shaft), and no lubrication is required.

Diaphragm couplings are a bit like bellows couplings in that they actually transmit torque in the same way. The diaphragm itself is thin, so it flexes easily when relative displacement loads are created, so it can tolerate up to 1.5 degrees of deflection while producing low bearing loads in the servo. 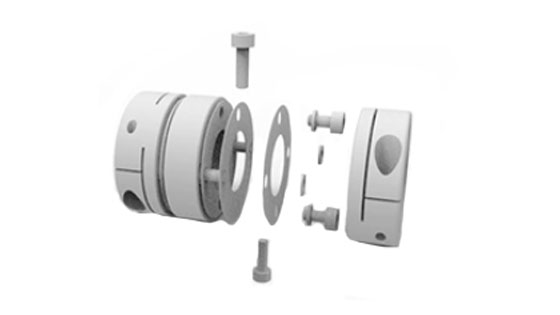 Diaphragm couplings are often used in servo systems. Diaphragms have good torque rigidity, but are slightly inferior to bellows couplings. Diaphragm couplings, on the other hand, are delicate and can be easily damaged if misused in use or not installed properly. Therefore, the deviation is within the bearing range of the normal operation of the coupling. Selecting a suitable coupling is a key step in using the coupling well. In the design stage, it is necessary to consider what type of coupling to choose.

Diaphragm couplings have a high power-to-mass ratio and are especially suitable for connecting high-power power plants. It can be assembled and disassembled without disturbing the main-slave device, and the replacement of the coupling can be completed within 2 hours, which improves the utilization rate of the equipment. It can withstand misalignment, and has the ability to reduce vibration and noise. The misalignment ability can meet the misalignment requirements of most power transmission devices in operation. Predictably low additional load on connected devices compared to comparable flexible transmission elements, diaphragm couplings impose predictably small forces and bending moments on connected devices. The non-linear change of stiffness between shafts restricts the drift of the magnetic center of the motor. Diaphragm coupling can accurately transmit the speed, without slip, and can be used for mechanical transmission.

Causes of Damage to Diaphragm Couplings 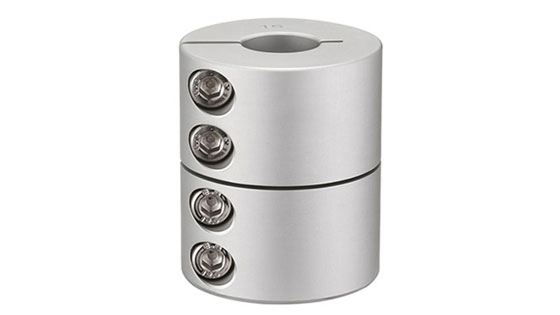 In practical applications, the diaphragm coupling is a transmission device that uses metal flexible elements to transmit torque without lubrication. It is widely used in ships, aviation, petrochemicals, machinery manufacturing and other areas. The flexible element is a diaphragm group formed by stacking a number of thin metal diaphragms of 0.2mm to 0.6mm. When working, the torque is input from the active flange, and the torque is transmitted to the metal diaphragm through the active torque transmission bolts arranged at intervals along the circumference, and then the diaphragm is transmitted to the driven flange through the driven bolt for output. It realizes the flexible transmission of the coupling through the elastic deformation of the alloy diaphragm group, and uses the flexibility of the diaphragm to absorb the relative displacement between the input and output shafts, thereby compensating for the residual medium caused by various factors in each connecting part of the transmission shaft system.

The main function of the diaphragm coupling is to connect two shafts (sometimes also connect the shaft and other rotating parts), so that the two shafts rotate together to transmit motion and torque, realize the connection and separation between the shaft and the shaft, so as to realize the power pass and interrupt. The diaphragm coupling also has the ability to compensate the offset of the two shafts, so as to reduce the additional load caused by the relative offset of the connected two shafts, change the transmission performance, and prolong the life of the machine. In order to reduce the vibration of the mechanical transmission system and reduce the impact peak load, the diaphragm coupling should also have good buffering and shock absorption performance.

The coupling is a component that connects the two shafts axially and transmits torque and motion, and has the ability to compensate for the offset of the two shafts. In order to reduce the vibration of the mechanical transmission system and reduce the high impact peak load, the coupling should also be used. It has excellent cushioning and shock absorption performance. Couplings sometimes also have overload protection. ATO offers single diaphragm coupling or double diaphragm coupling, and the bore size can be 4mm to 8mm, 5mm to 10mm, or 10mm to 20mm.