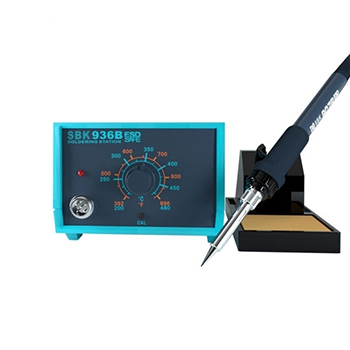 Functions of the soldering station

Anti-static function: It is mainly to prevent the precision chip welding from being broken down by static electricity.

Sleep function: Save energy and prolong the life of the soldering iron tip.