What is a laser distance sensor?
Laser distance sensor is a kind of sensor which uses laser technology to measure the distance. It is generally composed of laser, optical parts and photoelectric devices. It can convert the measured physical distance into optical signals, and then use photoelectric converter to convert the optical signals into electrical signals. Through the filtering, amplification and rectification of corresponding circuits, the output signals can be obtained, so as to calculate the measured quantity. 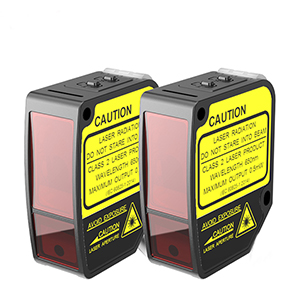 Working principle of laser distance sensor
The working principle of the laser distance sensor is to measure the time it takes for the laser pulse to reflect from the target and return to the transmitter. This is called the "time of flight" principle, and the method is called "time of flight" or "pulse" measurement. The laser rangefinder emits laser pulses to the target. The pulse is then reflected from the target and sent back to the laser rangefinder. This "time-of-flight" principle is based on the fact that laser light travels at a fairly constant speed through the earth's atmosphere. Inside the instrument, a simple computer can quickly calculate the distance to the target. This distance calculation method can measure the distance from the earth to the moon within a few centimeters. The emitted laser light is emphasized, and the phase change of the modulation signal is used when the laser light propagates in space. According to the wavelength of the modulated wave, the distance represented by the phase delay is calculated. This measurement principle is that the light emitted by the laser is focused by the condenser lens and then focused on the surface of the object to be measured, and the receiving lens receives the scattered light from the incident spot and forms an image on the measured object. The surface of the object. The photoelectric position detector is on the sensitive side. When the object moves, the relative distance of the object movement is calculated by the displacement of the light spot on the imaging surface. Triangular laser ranging resolution is very high, reaching the order of micrometers. 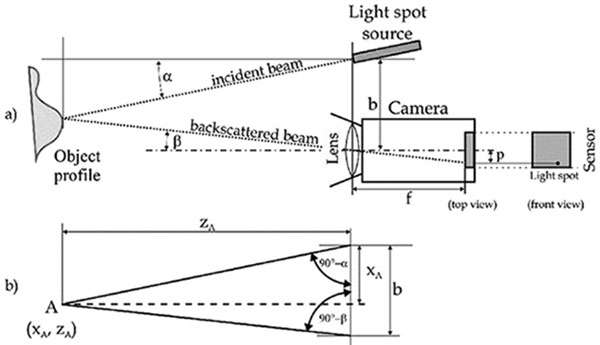