Circuit breakers and fuses can protect the electric equipment and lines from short circuit. Actually, both have their own characteristics. Circuit breakers are used to switch on and off the load circuit as well as cut off the fault circuit, so as to ensure the safety. The fuse is used as a protector by blown fuse when the current is too high or exceeds the load current. It is completely different from the circuit breaker on the breaking current. Its function can be easily understood by the commonly used fuse in our home.
A circuit breaker is basically used as a main switch, whereas a fuse is installed in a circuit. Let’s learn more about the differences between the fuses and circuit breakers.

Working principle
As we know, both circuit breakers and fuses have a same function of short circuit protection. But they works on the different primciples.
The fuses can protect electrical appliances and circuits from being burnt out,based on the following principle. The current flowing through the conductor can make it heating, and once reaching the melting point of the conductor, it will be blown out to cut off the circuit. It is an accumulation of heat, so it will be also able to achieve overload protection. However, the fuse will be replaced once it is burned.

Circuit breakers can also achieve short circuit and overload protection, but the principle is different. It realizes the short circuit protection based on the current magnetic effect (electromagnetic release), and overload protection via the thermal effect of current (not fuse, most unnecessary to be replaced).
As the above said, the fuse plays a role of protecting the line by melting itself under the mutual effect of time and current. It's disposable. However, the circuit breaker can automatically disconnect when the current in the circuit increases in a sudden lager than the load of the breaker. It is a protection for a transient current surge of the circuit, for example, when the leakage is large, or when the short circuit or the instantaneous current is very large. When finding out the cause and clearing the fault, it can be connected and continue to use. 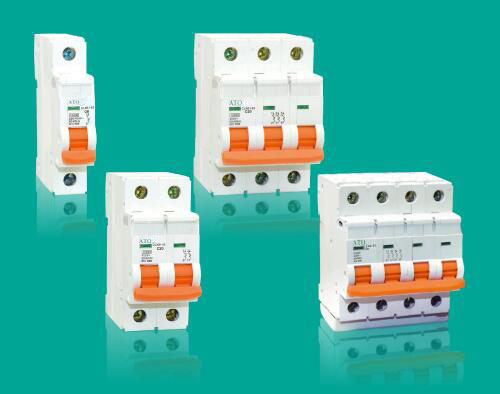