Note: Apart from above, there are still some special starting modes, such as resistance testing of motor, positive inversion, should be selected by actual conditions on site.

Capacitive load: Compared with the power supply, the load current is one phase difference ahead of the load voltage, and the load is thereof defined as capacitive load (such as compensating capacitor load). Impact current of this load is very large, and it is equivalent to short circuit when charging. It’s typically loaded with caching devices or mixed with other loads. The starting impulse current of this load is 5-10 times or higher than its rated current.

Mixed load: The load containing two or more kinds of above loads is called mixed load. For this load, the starting inrush 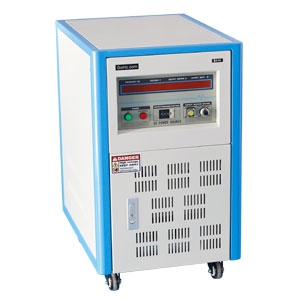 current shall be added respectively to get the capacity of frequency converter.