How Does an Ultrasonic Cleaner Work?

The ultrasonic cleaner makes use of the cavitation of ultrasonic waves to impact and eliminate the pollutants on the surface of the object, so as to wash quickly. It has the characteristics of high cleanliness and fast cleaning speed. Especially for blind holes and various geometrical objects, it has unique cleaning effects that cannot be achieved by other cleaning methods.

Ultrasound is a sound wave with a frequency of over 20,000 Hz. It has good directivity, strong penetrating ability, easy to obtain more concentrated sound energy, and can travel a long distance in water. It can be used for measuring the distance, measuring the speed, washing, welding, stone breaking, sterilization and disinfection and so on. It has many applications in medicine, military, industry, and agriculture. Ultrasound gets the name because its lower frequency limit is approximately equal to the upper limit of mankind hearing.

The working principle of the ultrasonic cleaner can be explained by the phenomenon of "cavitation". When the sonic pressure of the ultrasonic vibration spreading in the liquid reaches an atmospheric pressure, its power density is 0.35W/cm2. At this time, the peak value of the sound pressure of the ultrasonic wave can reach vacuum or negative pressure. However, there is no existence of negative pressure in practice, so a large force is generated in the liquid, which pulls the liquid molecules into a cavity-cavitation core. This cavity is very close to a vacuum. It ruptures when the ultrasonic pressure reaches to the maximum in a reversed direction. The strong impact caused by the rupture will knock down the dirt on the surface of the object. This phenomenon of shock waves caused by the collapse of countless tiny cavitation bubbles is called the "cavitation" phenomenon.

When the sound pressure or sound intensity is under pressure and reaches a certain level, the bubble will expand rapidly and then suddenly close. In this process, the shock wave is generated at the moment when the bubble is closed, which causes a pressure of 1012-1013 Pa and local temperature adjustment around the bubble. The tremendous pressure generated by this ultrasonic wave cavitation can destroy insoluble dirt and cause them to differentiate in solution. The direct and repeated impact of steam cavitation on dirt can not only destroy the adsorption of dirt and the surface of the cleaning part, but also cause the fatigue damage and elimination of the dirt layer. The vibration of the gas-type bubble is to clean the solid surface. As soon as the soil layer can be drilled, the bubbles immediately "drill into" the vibration and cause the soil layer to fall off. Due to cavitation, the two liquids are rapidly dispersed and emulsified at the interface. When solid particles are wrapped in oil and adhere to the surface of the cleaning part, the oil is emulsified, and then the solid particles fall off by themselves.

When ultrasonic waves propagate in the cleaning liquid, positive and negative alternating sound pressures are generated, forming jets, and impacting the cleaning parts. At the same time, because the non-linear effects will cause acoustic and micro-acoustic flows, and ultrasonic cavitation generates high-speed microjets at the solid and liquid interfaces, all these effects can destroy dirt, remove or weaken boundary dirt layers, increase stirring and diffusion effect, accelerate the dissolution of soluble dirt, and strengthen the cleaning effect of chemical cleaning agents. ATO.com offers high quality ultrasonic cleaner and it can be seen that all places where liquid can be immersed and the sound field exists have the cleaning effect, and its characteristics are suitable for cleaning parts with very complicated surface shapes. In particular, after using this technology of ultrasonic cleaning, the amount of the used chemical solvents can be reduced, so as to greatly minimize the environmental pollution. 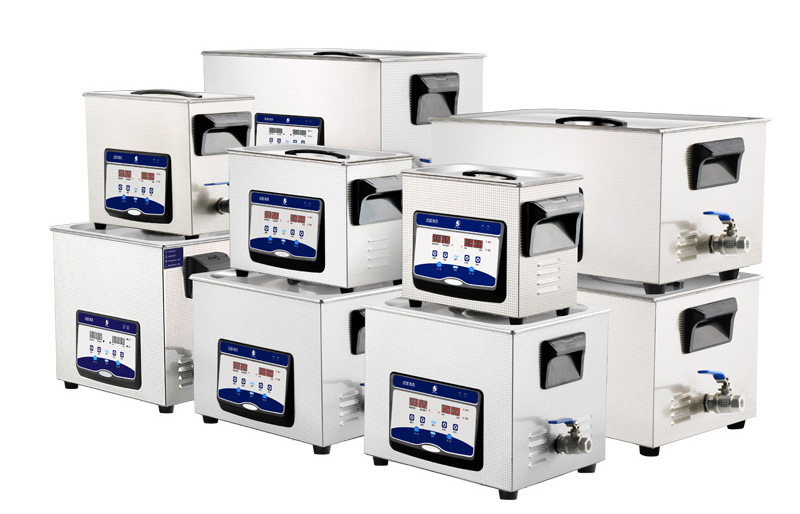