How to Use a Load Cell?

The load cell shall be set with several "baffles" around or even covered with thin steel plate, thus preventing the debris contaminating the sensor and some movable parts, because such a "contamination" often restrains the movable parts and thereof affects the load precision. Whether a system has movement restriction can be judged with the following method. Namely adding or reducing about 1/1000 of rated load on the load platform, and then observing whether the load display gives a reflect. If it does, that means the moveable parts are not contaminated.

All cables leading to the display circuit or leading from the circuit should be shield cables. Connections and ground points of the shield cables shall be properly set. In case the cables are not grounded through mechanical frames, they shall be grounded externally, however, shield cables are not grounded after connection, but suspended. Notice: 3 sensors are full-parallel connected. The sensor is a 4-wire system, but it shall be changed into a 6-wire system in the load cell junction box. Read-out circuit of the sensor's output signal should not be placed in the same box with devices that can produce strong interference (such as silicon control, contactor) or that produce considerable heat. If it's unable to be guaranteed, a baffle plate shall be set between them while a fan shall be installed in the box. The electronic circuit used to measure the output signal of the sensor shall be equipped with independent supply transformer, but not use the same power supply with contactor and other devices. 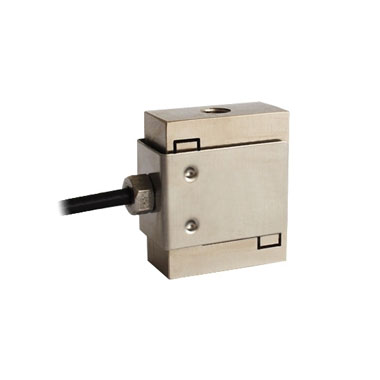 Handle gently, particularly small capacity sensors of elastomers made from alloy aluminum. Any impact or drop will cause great damage to the metering performance. For high-capacity load cells, it's generally more heavier, so proper lifting appliance (such as chain block, electric block) shall be adopted when moving or installing. The base for installing the load cell shall be plane and clean without any oil film or adhesive film. The base should have enough strength and rigidity, which is generally higher than that of the load cell.

The load cell has a certain overload capacity, but it shall still be prevented from overloading in installation. It should be notified that even a short-term overload can still cause permanent damage to the sensor. During the installation, a pad with the same height of the sensor could be firstly used instead if necessary, then replace the pad with the sensor. In normal operation, the sensor should generally be equipped with mechanical structure for overload protection. If the sensor is fixed with screws, the screw should have a certain fastening torque and screwing thread depth. Generally, high strength screws should be used.

In any case, the power line and control line should be twisted together, corresponding degree of coincidence shall be 50 turns per meter. If the sensor's signal line needs to be extended, a special sealed cable box shall be used. If such a box is not adopted and the cables are connected directly (soldering end), special attention should be paid to sealing and moisture-proof. After well connected, check the insulation resistance, which should meet the standard (2000～5000M). If necessary, the sensor should be re calibrated. If the signal cable is extremely long while a high measurement accuracy is required, a cable compensation circuit with relay amplifier shall be adopted.

There are various load cells available for you to choose from at ATO.com, strain gauge load cell, micro load cell, tension and compression load cell and so on.