What is a series capacitor?

A series capacitor is a reactive power compensation device. Usually series capacitors are used in EHV lines of 330kV and above. Its main function is to improve the system voltage from the perspective of compensating reactance, so as to reduce the power loss and improve the stability of the system. Capacitors must be able to withstand external forces due to short circuits, wind, snow and earthquakes. These mechanical forces are calculated through precise component analysis.

What is a shunt capacitor?

From another point of view, the reactive power compensation of shunt capacitors can be understood as the use of capacitors to provide the required reactive current for electrical equipment, thereby reducing the burden on power lines, transformers and generators. 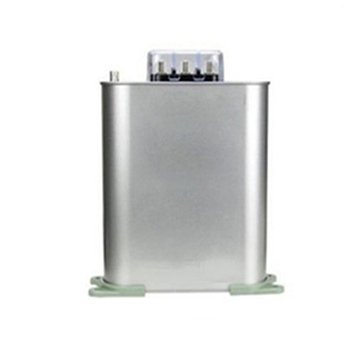 The perspective of voltage regulation

The shunt capacitor improves the power factor of the load side to reduce the flow of reactive power to increase the voltage at the receiving end. According to the change of the load, the capacitors need to be switched on or off frequently in groups. The capacity of a capacitor is proportional to the square of the voltage. When the grid voltage drops, the voltage regulation effect drops significantly.

The perspective of reducing network loss

Therefore, the series compensation capacitor not only cannot reduce the network loss, but instead increases the load consumption and increases the line loss due to the increase of the load voltage. Series compensation will produce abnormal phenomena such as ferromagnetic resonance and self-excitation, which will cause harm to electrical equipment. In the ultra-high voltage transmission line, the series capacitor and the generator set may produce a sub-synchronous oscillation lower than the power frequency, which will cause the shaft torsional vibration and cause the generator shaft system damage.

Therefore, in the current grid below 220kV, the practical application of series capacitor compensation is less than that of shunt capacitor.

The equivalent capacitance is different

The difference in capacity

Series capacitors: The more the number of series, the smaller the capacitance, but the higher the withstand voltage. Its capacity relationship: 1/C=1/C1+1/C2+1/C3.

Shunt capacitors: The more the number of parallel connections, the greater the capacitance, but the withstand voltage remains unchanged, the capacity relationship: C=C1+C2+C3.