What are the Major Factors Affecting Flow Meter Errors?

As the name suggests, a flow meter is a professional automatic measuring device whose primary function is to measure the flow of fluids. These fluids can be liquids, gases, steam, mixed slurries, solid dust, etc. The flow meter is also referred to as a flowmeter since it not only quantifies the liquid's flow but also measures its instantaneous flow and total accumulated volume. With high precision, extended lifespan, simple operation and maintenance, and other features. Mainly used in industrial processes, energy measurement, environmental protection engineering, transportation, biotechnology, scientific experiments, marine meteorology, rivers and lakes, and other fields. Let's follow the ATO to learn more.The following three features are mostly ascribed to the external influences impacting the accuracy of the flow meter, excluding the concept and design of the flow meter itself. 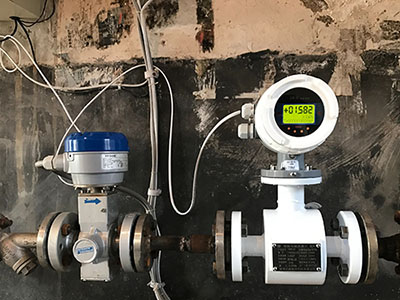 Water, air, and oil are the most often utilized test media. Additionally, thousands of different fluids will be employed in the field application, each with unique physical characteristics (such as density, viscosity, electrical conductivity, thermal conductivity, speed of sound, and composition) that will in some way affect the flow meter's accuracy. However, some engineering books can be used to check these fluids' physical characteristics and make adjustments to lessen their effects. This is another crucial component of the intelligence of the flow meter.

The fluid going through the flow meter in the field might contain sediment and be corrosive, and it can't be as clean as the fluid used in the lab. Scale, wear, and corrosion will eventually appear on the test piece's pipe side as well. The wall thickness and roughness of the tube will alter as a result of deposits.Turbine, rotor, volumetric flow meter moving components caused by wear, corrosion, light error, heavy cannot function; electromagnetic flowmeter electrode, ultrasonic flow meter transducer, thermal flow meter; for the standard orifice plate will modify the value, resulting in 3 to 10% inaccuracy. Thermal resistance contamination will lessen its sensitivity and increase error; differential pressure flowmeters will take the pressure hole brought on by obstruction into account, and so on. Although this process moves slowly, it must not be overlooked. Additionally, the construction of the system and the significance of routine maintenance can both lessen (or altogether eliminate) the influence.

The Characteristics of the Flow

The fluid properties, characteristics, and flow characteristics mentioned above that affect the flow meter's accuracy are correctable, and there are steps that can be taken to lessen or eliminate their effects. However, the flow rate distribution is difficult to solve because it is unlikely that the process design will account for the length of the straight pipe section needed for the flow meter.