What are the Types of Flow Meters and How They Work?

The flow meter, which plays a significant position and role in the national economy and can be used to measure the flow of gas, liquid, steam, and other media, is the eye of industrial production. It has a close relationship with the national economy, national defense construction, and scientific research. Let's follow the ATO shop to find out more about what are the types of flow meters and how they work! 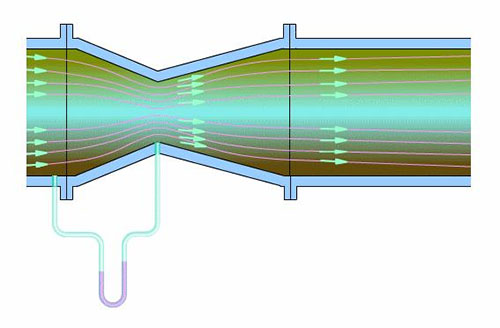 Orifice flow meter working principle: A fluid-filled pipeline with a throttling device in it causes a flow beam to appear locally contracted, increasing flow velocity while decreasing static pressure. This causes a pressure drop in the throttling member before and after, orifice flow meters may measure the magnitude of flu The laws of energy conservation and flow continuity serve as the foundation for this measurement technique.

Volumetric flow meter working principle: A certain pressure difference is created between the flowmeter's input and exit when fluid flows through it. Under this pressure differential, the flow meter's revolving (rotor) component turns, discharging fluid from the inlet to the exit. In this procedure, the fluid constantly travels to the output after repeatedly filling the "metering space" of the meter. As long as the number of rotor spins is measured, the volume of the metering space under the specified flowmeter parameters can be calculated. Through the flowmeter, you can determine the total volume of fluid. 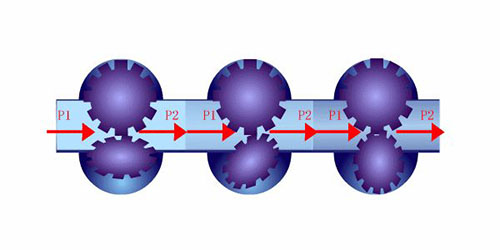 Rotor flow meter working principle: When fluid flow is being monitored, the fluid being measured enters the conical tube from the bottom end, impacts the rotor, exerts force on it, and when the force is sufficient, elevates the rotor. Three forces are acting on the rotor at this time: the dynamic pressure of the fluid on the rotor, the buoyancy of the rotor in the fluid, and the gravity of the rotor itself. The measured fluid is flowing through the annular section between the rotor and the wall of the conical tube at the same time.The three forces operating on the rotor are parallel to the tube axis when the flow meter is positioned vertically, and the rotor's center of gravity will coincide with the tapering tube axis. The rotor floats smoothly inside the cone tube when the three forces are in balance. Since the rotor's size and shape have been established for a certain rotameter, its buoyancy in the fluid and gravity are known to be constant, leaving only the fluid's dynamic pressure on the float, which varies with the size of the incoming flow rate. As a result, the rotor will move upward or downward as the incoming flow velocity varies, changing the location of the flow cross-sectional area in the process. Once the flow velocity reaches the appropriate velocity at equilibrium, the rotor will be stable in its new position. The position of the rotor inside the cone tube and the volume of fluid flowing through it correspond one to one for a certain rotameter.

Waist wheel flow meter working principle: When there is fluid flowing through the flow meter, the pressure of the fluid at the intake and outflow increases. There will be positive rotation of two girdle wheels. Continuous liquid flow in and out of the metering chamber may be computed with only the knowledge of the chamber's volume and the number of girdle rotations.

Elliptical gear flow meter working principle: After the initial lunar cavity measurement, when the measured liquid enters the flowmeter through the pipe, the pressure difference created at the import and export encourages a pair of gears to rotate continuously, constantly conveying the liquid to the outlet. The total amount of the measured liquid flow is calculated by multiplying the number of elliptical gear revolutions by each discharge four times. 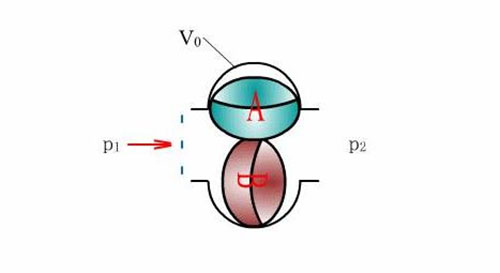 Double rotor flow meter working principle: The minor pressure differential at the inlet and outlet causes both rotors to rotate simultaneously, even though their cross sections are different. The total rotating torque of the two rotors causes them to rotate at the same speed in all cross sections. As a result, the two rotors should rotate at equal speeds, with equal torque, and without pulsing. The number of spiral rotor revolutions is proportional to the fluid flow rate cumulatively, and the rotor speed is related to the fluid flow rate instantaneously since each spiral rotor revolution can produce eight times the volume of the cavity. A magnetic connection transmits the number of rotor revolutions to the meter head counter, which calculates the flow rate through the flow meter (flow through the pipe).

Coriolis mass flow meter working principle: It is possible to quantify the mass flow of fluid through a pipe by directly or indirectly measuring the Coriolis force that the fluid flowing in the rotating pipe exerts on the pipe when a point of mass in a rotating system moves toward or away from the center of rotation. 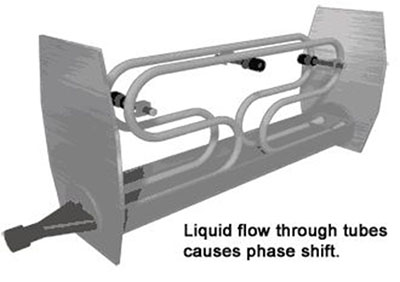 Nozzle flow meter working principle: The nozzle measurement principle of nozzle flow meter is based on the fluid mechanics throttling principle. When fluid flows through a nozzle that is filled with fluid in a pipe, the nozzle forms a local contraction that accelerates the flow rate while reducing static pressure. This pressure drop is known as the differential pressure before and after the nozzle, and the higher the media flow, the greater the differential pressure generated before and after the noz.