What Causes the Inverter Not to Work?

The inverter converts DC (batteries, accumulators) to AC. In general, an inverter is an electronic device that converts low-voltage (12, 24, 48 volts, etc.) DC power into 220V AC (or other voltage) power. It consists of an inverter bridge, control logic and filtering circuit. When there is no output from an inverter, what's the reason?

It's most likely due to the fuse inside of the device. A blown fuse is one of the most common reasons for no output from the inverter. If the fuse is damaged, be sure to replace it with the exact same fuse and inspect other fuses very carefully. We will tell you how to judge whether there is a problem with the fuse, and how to replace the fuse in the inverter.

How to check and change the fuse?

Remove the outer case of the inverter to check the inner structure. The fuse is generally located near the input terminal. More often than not, the fuse will have a capital A for amps and its name "Fuse" written on it. We'll use a multi-meter to measure the resistance between the two pins of the fuse. That the measurement approaches zero suggests the fuse remains intact. 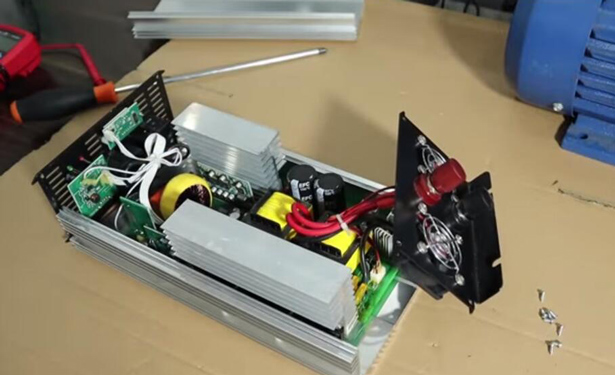 If the resistance measures infinite, in other words, an open circuit occurs, which means the fuse has blown. Before installing a new fuse, make sure you choose the right type according to the specifications of the inverter, and to install it, just insert it into the original place. Inverter sellers usually provide customers with a few more fuses in case of emergency.