What is a Start Delta Starter? 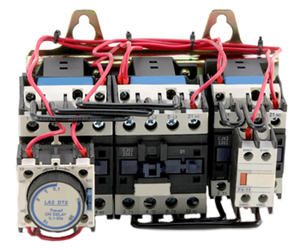 In the actual application, the motor power is 11kW, and the star delta starter is required. For example, the current of a fan motor with a rated power of 11KW is 7 - 9 times (about 100A) at start-up, and the thermal relay according to the normal configuration cannot be started at all. The thermal relay is too large to protect the motor, so it is recommended to use a star delta starter.