How does a linear servo motor work?

A screw and a nut are engaged, and some method is used to prevent the relative rotation of the screw and nut, so that the screw is moved axially. Generally speaking, there are currently two ways to achieve this transformation. The first is to build a rotor with an internal thread in the motor, and the internal thread of the rotor and the screw are meshed to achieve linear motion. The second is to use the screw as the the motor exits the shaft, and an external drive nut engages with the screw outside the motor to achieve linear motion. The result is a greatly simplified design, enabling the use of linear servo motors for precise linear motion without the need for external mechanical linkages in many applications. 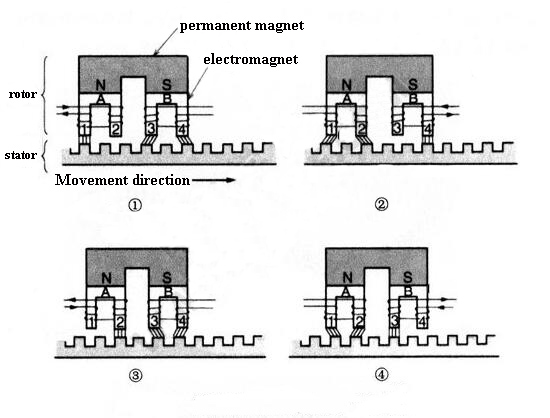