Indicator lights include a colored lens such as red, green, blue, yellow, clear, or white. These colored lenses symbolize the condition of the machine or equipment to which the lights are connected. 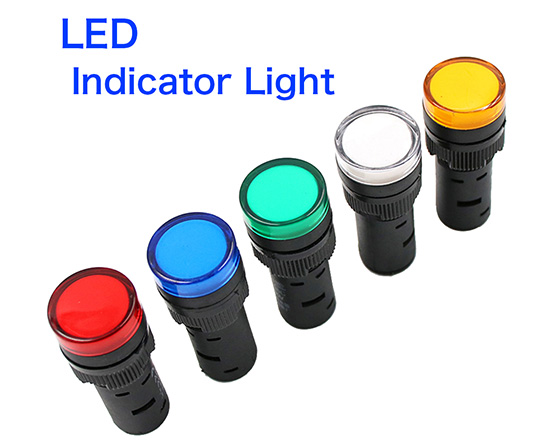 The meanings of the different colored indicators are listed below.

(All five of these colors are available for sale in automation online store.)

LED are used in indicator lights due to the following reasons: