Difference Between Reactor and Inductor

Reactor and inductor are two concepts with tight correlation but complete difference. Although objectively, the reactor can be named as the inductor, the application scope and operation principle of the two are absolutely different.

Inductor is the electronic component transforms the electric energy to the magnetic energy and then reserves it. The structure of the inductor is similar to the transformer, but it usually has one winding. Inductor possesses a certain inductance, which is used to hinder the current change. When the current passes through the lead, a certain magnetic fields will be generated around the lead. And the lead in this electromagetic field will generate the induced electromotive force-self-induced emf. We call this as the electromagnetic induction.

Reactor is used to maintain the current and stabilize the voltage of the electrical system. The reactor adopted in the power grid is substantially a hollow coil without the permeability magnetic material. It can be arranged in vertical, horizontal and stagger assembling forms as the demand. When the electrical system has short circuit, the short-circuit current with high values will be generated. If it is not restricted, it is very difficult to maintain the dynamic stability and thermal stability of the electrical equipment. Therefore, in order to satisfy the interrupting capacity requirement of some disconnectors, reactors are usually connected in the outgoing breaker in series, so as to increase the short-circuit impedance and limit the short-circuit current. 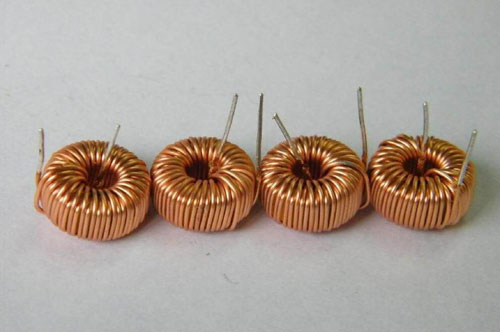 The electrical conductor with current carrying has the induction of the general significance. However, the electrified long and straight conductor has rather low induction, so the generated magnetic field is not strong. Therefore, the practical reactor is to wind the leads into the solenoid shape, namely the air reactor. Sometimes, in order to increase the induction of the solenoid, an iron core will be inserted into the solenoid, namely the iron core solenoid. In the field of AC power, in addition to the current impedance of the resistance, the current flowing will be hindered by the capacitor and inductor as well. Such a function is named as the reactive resistance, which means to resist the function of the current. The resistance of the capacitance and induction is respectively called as the capacitance resistance and induction resistance.

Comments
Guest
12/13/2021 1:03 AM
really i appreciate you for your content .
Leave your comment
Recommend Articles
Blog search
Popular Tags