Fiber laser marker is a kind of laser marker, whose principle is to output laser through the laser, and then realize the marking function through the high-speed scanning galvanometer system. The fiber laser marker has higher photoelectric conversion rate, faster marking speed and smaller volume than the ordinary laser marker. What’s more, because of the characteristics of air cooling system and strong output beam quality stability, it is widely used in various industry. Here ATO shows how to buy best fiber laser marker.

In short, the scanning laser galvanometer is a scanning galvanometer used in the laser industry. The galvanometer scanning marking head is mainly composed of XY scanning mirror, field lens, galvanometer and computer-controlled marking software. It is necessary to select corresponding optical components according to the different laser wavelengths. In addition, related components include laser beam expanding mirror lasers, etc. 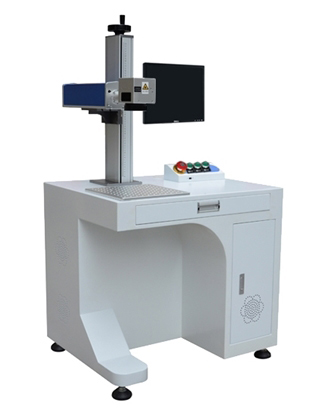 The working principle of the scanning laser galvanometer is: The laser beam is incident on the scanning mirror, and the reflection angle of the mirror is controlled by a computer. Then the two mirrors can be scanned along the X and Y axes respectively, so that the laser beam gets deflection. Furthermore, the laser focusing point with a certain power density is moved as required on the marking material, thereby leaving a permanent mark on the surface of the material. The focused spot can be circular or rectangular. 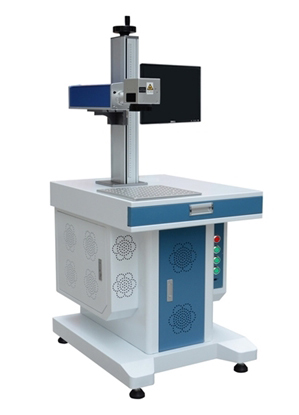 The fiber laser uses a more efficient design and carrier-grade single-core junction pump source. Fiber lasers do not require adjustment of optical devices, maintenance or frequent maintenance. The fiber laser has a compact structure and a small volume, which is easy to form a system. The working principle of fiber laser is mainly based on three special structures of fiber laser: Working substance, pump source and resonant cavity.

The specific functions are as follows:
1. Gain medium through gain fiber to generate photons.
2. Pumping light as the external energy can make the gain medium achieve particle number inversion, that is, the pump source.
3. The optical resonator is composed of two mirrors, whose function is to feedback photons and amplify them in the working medium.