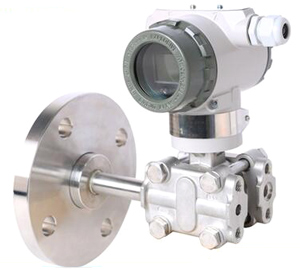 would change the elastic modulus of diaphragm or isolation diaphragm, thus causing above fault. In most cases, the fault can be repaired, which only needs to disassemble the cover of the pressure transducer's measuring room. When disassembling, please do not damage the sensor, and the elastic modulus of diaphragm or isolation diaphragm can be returned through disassembling, then install the cover. When installing the cover, please properly place the sealing ring between the sensor and the cover, ensure that the measuring room would not leak. The transducer can be used after calibration.
The over-range output fault or zero-display fault of pressure sensor generally occurs in rainy season, and the phenomenon is that the output current is too small, and it returns normal after a while. This fault occurs because water enters into the junction box of the pressure transducer and thus leading to short circuit. When it dries, it returns normally.

No output of pressure sensor and differential pressure transducer 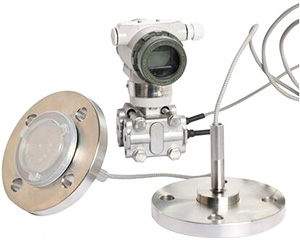 1. The pressure transducer displays below zero

Fault inspection: In the field inspection, the gauge outfit displays below zero, and the transducer's power supply voltage is only 1V when detecting with a multimeter. Measure the distributor on the instrument panel and the DC24V power supply is normal, so it's judged that the signal line gets faulty. Disassemble the distribution box and measure the voltage, it's still 1V. After powering off, a signal line is to be short-circuited onto the distribution box, and it's found that the main terminal screw was loose, and can't be tightened.
Fault treatment: After replacing the terminal block, it displays to return normal.
Maintenance summary: When the distributor is normally powered but the power supply of field transducer is very low, it's generally caused by the increase of resistance in the signal circuit. And this is mostly caused by poor contact fault. Poor contact has greater resistance, resulting in a huge voltage and poor contact of transducer's power supply. When the voltage can't be measured at the end of pressure transducer, pay more attention to check the signal circuits.

2. When measuring the liquid level with a differential pressure transducer, there's no change for the display.

Fault inspection: Observe the history curve of DCS, and the liquid level curve has not changed. 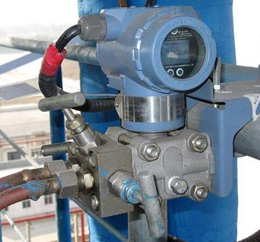 3. Power on the differential pressure transducer out of the box, it displays 'Er.01'.

Fault inspection: According to the instructions, 'Er.01' means damage to the diaphragm box. However, it's impossible for the new diaphragm box to damage. Open the case and it's found that the connection plug of the driving board connecting amplifier board is not plugged in.
Fault treatment: Plug in and the differential pressure transducer returns normal.
Maintenance summary: It's impossible for not plugging in the wire when completing the product, the plug may drop for vibration during transportation. The transducer consists of four circuit boards, namely the drive board, power board, amplifier board and LCD board. All circuit boards are universal, and only the range needs to be changed according to actual needs.